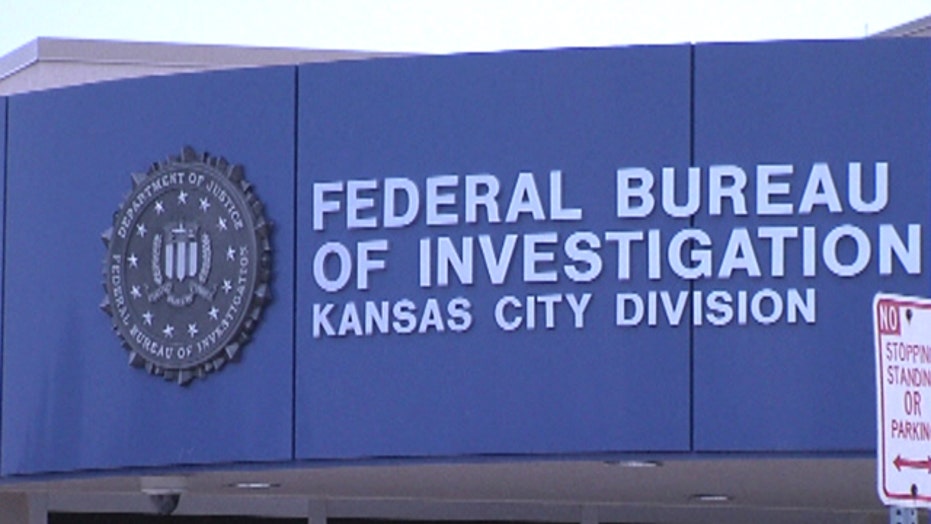 A Florida man described as an "online troll" who posted as an ISIS supporter living in Australia was arrested Thursday and accused of trying to plan a bomb attack on a Sept. 11 memorial event in Kansas City this weekend.

The U.S. Attorney's Office said that Joshua Ryne Goldberg, 20, was arrested and charged with distributing information relating to explosives, destructive devices and weapons of mass destruction. He faces up to 20 years in prison if convicted.

A criminal complaint says Goldberg, of Orange Park, about 15 miles south of Jacksonville, began communicating online with an FBI informant in July and gave that person information on how to build a bomb with a pressure cooker, nails and rat poison. Instructions on how to build such devices have been widely publicized by Islamic terror groups, including Al Qaeda in the Arabian Peninsula's digital magazine "Inspire," which released its most recent issue this week.

An affidavit by U.S. Customs and Border Protection Agent William Berry said that investigators had been informed by Australian authorities that Goldberg had been identified as a "proponent of radical free speech." The affidavit says that Goldberg posed as an ISIS supporter living in Perth, Australia who used social media handles like "@AusSecret" "@AusWitness" and "Australi Witness."

The affidavit says that when he was arrested, Goldberg admitted to posting a Twitter message urging followers to attack a Muhammad Art Exhibit and Contest in Garland, Texas. Two Muslim men were killed by security on May 3 when they attempted to attack the event.

According to the affidavit, an Australian informant asked an online user believed to be Goldberg "Are you not all at concerned by the way that some of these jihardi [sic] nutcases might actually kill someone at your behest?"

Fox 30 reported that a judge issued a search warrant for Goldberg's home Wednesday and undercover agents took him into custody less than 24 hours later. Neighbors told the station that they initially thought Goldberg was an intruder because they had never seen him before.

"They are active in the neighborhood association and their other kids come to community events, but the older son has never even walked down the street that I'm aware of," neighbor Al Keene said of the family. "I'm not surprised at all if his parents didn't know anything about this. They seem like a great family."

"We are not aware of anything at this point. There has not been a prehearing. We have not been told any information and that's all I can tell you," said Frank Goldberg, the suspect's father. It wasn't immediately clear if Goldberg had an attorney.

The criminal complaint says Goldberg instructed the informant to target the Kansas City 9-11 Memorial Stair Climb. The event involves 343 firefighters climbing 110 stories to the top of a downtown high-rise to pay tribute to the 343 FDNY firefighters killed in the Sept. 11, 2001 terror attacks.

In the affidavit, Berry says Goldberg admitted to instructing the informant to build and place the bomb, but claimed he hoped that the informant would either blow himself up constructing the device or give Goldberg enough time to alert law enforcement before the planned attack, letting him take credit for stopping it.

This year's memorial event was scheduled to take place on Sunday. Organizers told Fox4 the event would proceed as planned.

The complaint alleges that Goldberg settled on the Kansas City event because it was the closest major commemoration to where the informant lived. In one alleged conversation from Aug. 20 of this year, someone using a user name attributed to Goldberg asked the informant, "Have you decided what kind of attack to carry out on 9/11, akhi [brother]? I was thinking a bombing."

The informant agreed, saying "I've been having trouble with the planners in the dawlah [caliphate] who want me to just do a gun attack. But that doesn't seem big enough to bring true glory to Allah. Look at [Chattanooga] the kuff [unbelievers] have already forgotten."

"What city are you in akhi?" Goldberg allegedly asked later in the conversation. "We need to find the best place to place the explosive."

The informant responded, "I'm in the Midwest the closest place is Kansas City if you're familiar. But I can travel I'm just a student."

"All right [sic] so will you be able to drive to Kansas City to carry out the attack?" Goldberg allegedly asked.

"Yes Easily" was the response.

Friday is the 14th anniversary of the terror attacks that killed nearly 3,000 people at the World Trade Center, the Pentagon, and Shanksville, Pa.