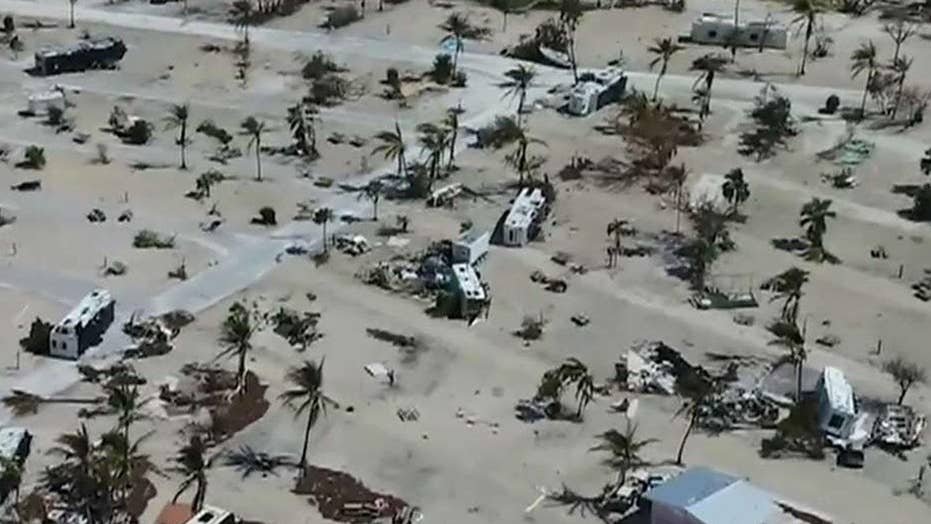 Sheriff warns it's not safe to return to middle, lower Keys due to devastation from Hurricane Irma; Matt Finn reports from Key West

A former executive of Penthouse magazine has sheltered 70 foster children who were displaced by Hurricane Irma.

Marc Bell and his wife, Jennifer, opened their $30 million Boca Raton home to children who were forced to leave emergency shelters following the powerful storm.

"At noon yesterday, we got a phone call from the SOS Children's Village Florida saying: ‘We need help,’" Bell told CBS 12. “‘We've been evicted from our shelters and we don't know where to bring the kids, and we're not getting any help from the county, what do I do?’ And I said: ‘Bring them here.’”

"They were hungry. They were tired," Bell said. "They lived in the gymnasium for a week. They hadn't showered for a week and you saw how excited they were."

Bell, who is on the shelter’s board, said the decision to house the children “was a no brainer.”

“Today, we had manicures for the little girls,” Marc Bell said. “We got Bobby the balloon guy coming later to entertain them. Yesterday during dinner, we had a singer come who plays guitar and sang songs with them.”

It was not clear how long the children would be residing at Bell’s home but the residence has some fun features. The house contains a game room with arcade games, a pool and a basketball court, the Miami Herald reported.

But there were items that were off limits.

Bell said he put up “do not touch” notes around his Star Trek memorabilia.

"They don't have a mom or a dad so they're scared, and then their house parents, even know they're there for them, they're scared too,” Jennifer Bell told CBS 12. “So to have these kids feel welcomed and to just feel comfortable, as a mom it just makes you feel like you're doing something good. It’s knowing that later on these kids are going to look back and they're going to want to help someone else.”

Bell has been conducting Facebook Live feeds showing the children eating ice cream and having a pizza party. Bell has created a GoFundMe page for SOS Children’s Village to help fix up their homes and make them habitable. The fund has raised over $50,000.