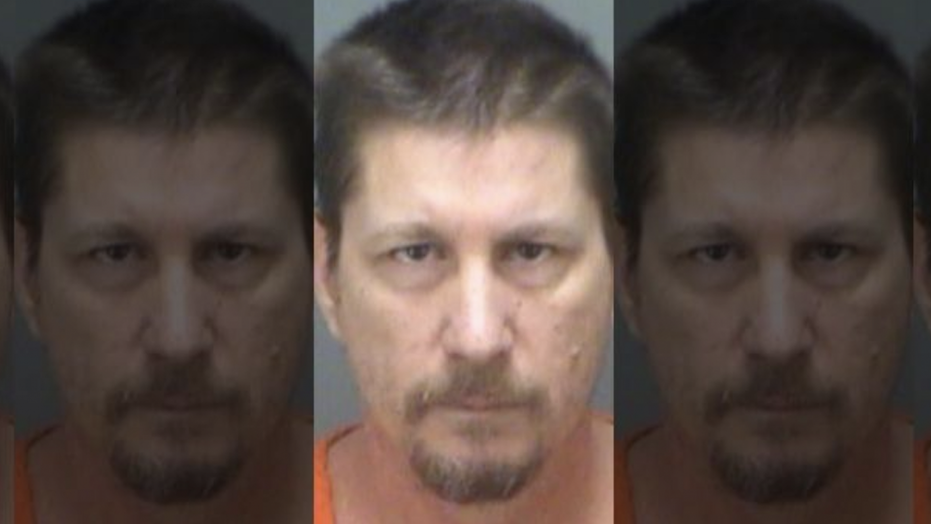 In a case that brought national attention to Florida’s controversial "Stand Your Ground" law, a jury  Friday night convicted a licensed gun owner on manslaughter charges.

The defendant, Michael Drejka, was accused of killing Markeis McGlockton in the parking lot of a convenience store in Clearwater on July 19, 2018, after arguing with McGlockton's girlfriend over a handicapped parking space. Drejka claimed he fatally shot McGlockton in self-defense after initially invoking Stand Your Ground.

In surveillance video played for the jury, McGlockton is seen emerging from the store and shoving Drejka to the ground. Seconds later, Drejka pulls out a Glock .40-caliber handgun and shoots McGlockton, 28, as he turned away.

“He did what he thought he had to do, in the moment, in the split-second time, given that he was attacked,” Drejka’s attorney, John Trevena, said during his closing argument, according to the Tampa Bay Times. “You may not agree with the law. But you took an oath as a juror to uphold the law.”

“He did what he thought he had to do, in the moment, in the split-second time, given that he was attacked.”

The case also took on racial dimensions because Drejka is white and McGlockton was black.

Defendant Michael Drejka was convicted of manslaughter in a 2018 fatal shooting despite invoking Florida's "Stand Your Ground" law as his defense. (Pinellas County Sheriff's Office)

Stand Your Ground, which became law in 2005, established the right for gun owners to apply lethal force to defend themselves against threats regardless of whether it was possible to retreat first. In 2017, state legislators revised the law to put the burden of proof on prosecutors to disprove a Stand Your Ground claim instead of on defense attorneys to prove one.

The lengthy statute generally says a shooting is justified if a reasonable person under those circumstances would believe they are in danger of death or great bodily harm. But it also says the shooter could not have instigated the altercation.

Pinellas County Sheriff Bob Gualtieri initially did not arrest Drejka, saying the controversial law precluded him from doing so. Three weeks would pass before Pinellas-Pasco State Attorney Bernie McCabe announced his office was formally arresting and charging Drejka with manslaughter.

Some suggested politics or race played a role in the sheriff’s initial decision not to arrest, but Gualtieri was quick to deny those accusations.

“He told deputies that he had to shoot to defend himself. Those are the facts and that’s the law,” Gualtieri told Fox News at the time. “No matter how you slice it or dice it that was a violent push to the ground.”

But civil rights activists said the shooting, and the sheriff's delay in arresting Drejka, spoke to a culture of racism within the state of Florida. The National Rifle Association, as well as Republican legislators who helped write the law, disputed the sheriff’s interpretation of it and all five Democratic candidates for governor stood alongside the Rev. Al Sharpton at an Aug. 5, 2018 “Justice for Markeis” rally to call for a repeal of the law.

McGlockton's family was pleased with the verdict.

"This conviction doesn't bring our son back, but it does give us some sense of justice because far too often the criminal justice system fails us by allowing people who take the lives of unarmed Black people to walk free as though their lives meant nothing," McGlockton's mother, Monica Robinson, said in a statement. "We are hopeful that this conviction will be a brick in the road to changing the culture of racism here in Florida."

Drejka will be sentenced in October and could get up to 30 years behind bars.

Fox News' Allie Raffa and the Associated Press contributed to this report.