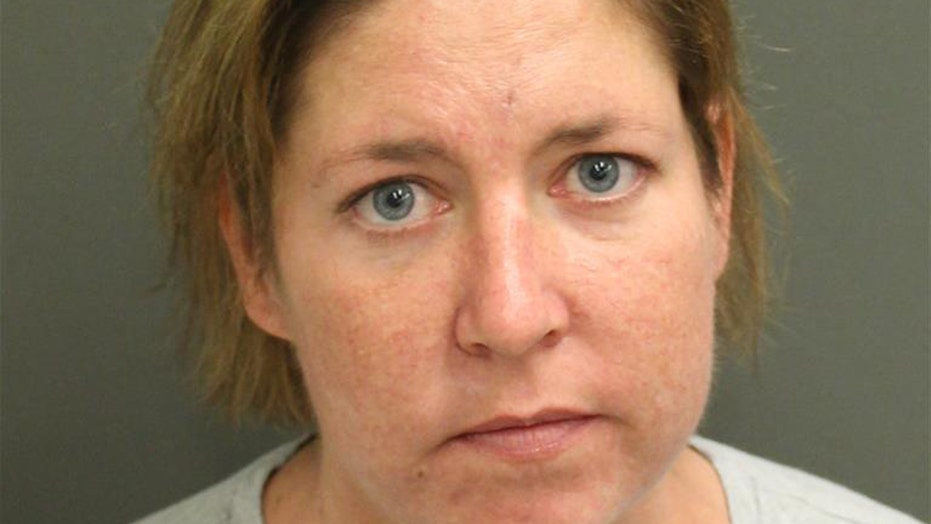 A Florida woman was charged with second-degree murder after police said her boyfriend died after he was zipped up in a suitcase and left to die, a report said.

Sarah Boone, 42, of Winter Park, allegedly told police that the two were playing hide and seek, but police said a cellphone video raised suspicions. Police said Jorge Torres, 42, her boyfriend, could be heard yelling for help while inside the suitcase, prompting Boone to respond, "That's what I feel like when you cheat on me."

Boone allegedly told police that they thought it would be funny if he got inside the suitcase, Fox 35 Orlando reported. She allegedly said they were drinking at the time and she passed out on her bed. When she woke up-- hours later-- she allegedly said she found him unresponsive and not breathing.

Boone called 911 and deputies arrived to find her boyfriend dead. Deputies noted there was a small laceration on his lip and what appeared to be some bruising around his eye, Fox 35 reported.

In the first video which began recording on Feb. 24 at 11:12 p.m., her boyfriend could be heard repeatedly yelling out Boone's name, deputies said.

Deputies said Boone is heard laughing and saying, "For everything you've done to me, [expletive] you! Stupid!"

They said Torres continued to call out to Boone saying he couldn't breathe, to which she is heard saying, "That's on you. Oh, that's what I feel like when you choke me."

The second video began recording on Feb. 24 at 8:20 p.m., in which detectives said Torres is heard yelling out Boone's name.

The report noted the suitcase was in a different position during the second video, the TV station reported. Boone was arrested after homicide detectives conducted their preliminary investigation.

An autopsy will be performed to determine his exact cause of death.