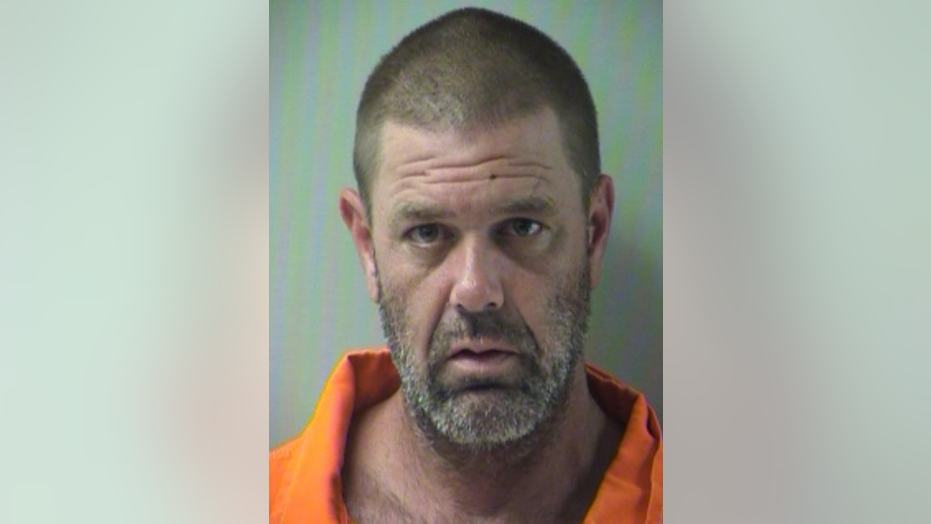 A Florida man was arrested on Tuesday after allegedly shooting a cyclist in the head with a crossbow.

Mathew Ross Peters, 42, was driving a truck late Sunday in Fort Walton Beach when he pulled up beside the victim, Benny Davis, who was on his bicycle. It was then police say Peters fired the crossbow.

Davis was transported to a local medical center with serious head injuries and was later released, the Northwest Florida Daily News reported.

Mathew Ross Peters, 42, was arrested on Tuesday after allegedly shooting a cyclist in the head with a crossbow. (Okaloosa County Jail)

On Tuesday, around 1 p.m., a detective spotted the suspected vehicle -- a 90's model Ford pickup truck -- at a hotel in the city.

Authorities established a perimeter and conducted surveillance before they spotted Peters leaving his room over four hours later armed with a crossbow, the paper reported.

He was taken into custody without incident and found to be in possession of methamphetamine, the Fort Walton Beach Police Department said in a release.

He was booked into the Okaloosa County Jail around 8:15 p.m., according to jail records. His bond has yet to be set.