Police in Florida said a recent threat made toward a high school that created a panic was a "cruel prank" and recommended the students involved be expelled.

In a lengthy Sunday Facebook post, the Daytona Police Department gave an update on the incident in which authorities responded to Mainland High School on Thursday after a threat was written on a bathroom wall. Police interviewed two students who denied being involved and investigators determined no threat existed.

On Friday, police again responded to the school after two groups of students "decided to capitalize on the threat from the day before and appear to collaborate with each other to create a panic," the department said.

"The groups can clearly be seen on video, getting into specific positions and locations within the cafeteria, timing their actions. Several female students walk towards the school administrator laughing and smiling, all the way, up until they reached the administrator, at which point one of the females tells the administrator that someone had a gun," the Facebook post states. "At this same time, one of the male kids, already positioned near the exit to the cafeteria, waited until the female student made the statement, then looked at her and ran out of the building, causing a large crowd to follow him."

RON DESANTIS: ‘WE REJECTED THE ELITES, AND WE WERE RIGHT’

Video surveillance shows the male or female did not see a gun and no shots were fired as some people posted online, police said.

"This entire incident appears to have been a cruel prank by several students that has now gotten out of control due to internet trolls, miss-informed people and in some cases, people that are not even in Florida, or have kids that go to school at Mainland," the department wrote.

Students from both groups have been interviewed by police but their stories kept changing, authorities said.

"Stories have changed from seeing the guy, or a gun, to ‘they just heard there was one,’" police said.

The police department said charges were "pending" against the students on suspicion of making a false report concerning the use of firearms in a violent manner against a person or persons, a second-degree felony. In addition, the department recommended they be expelled. 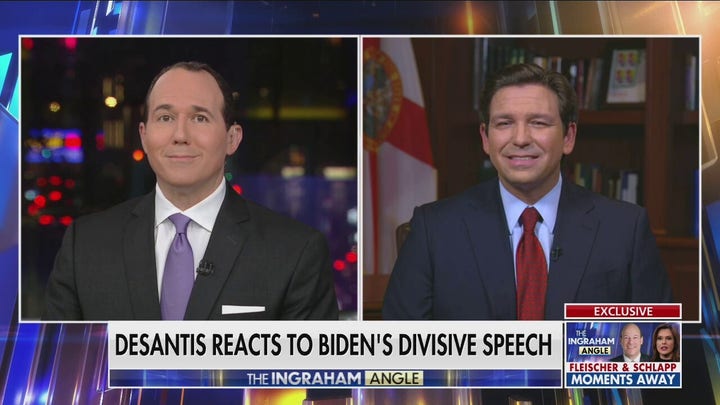