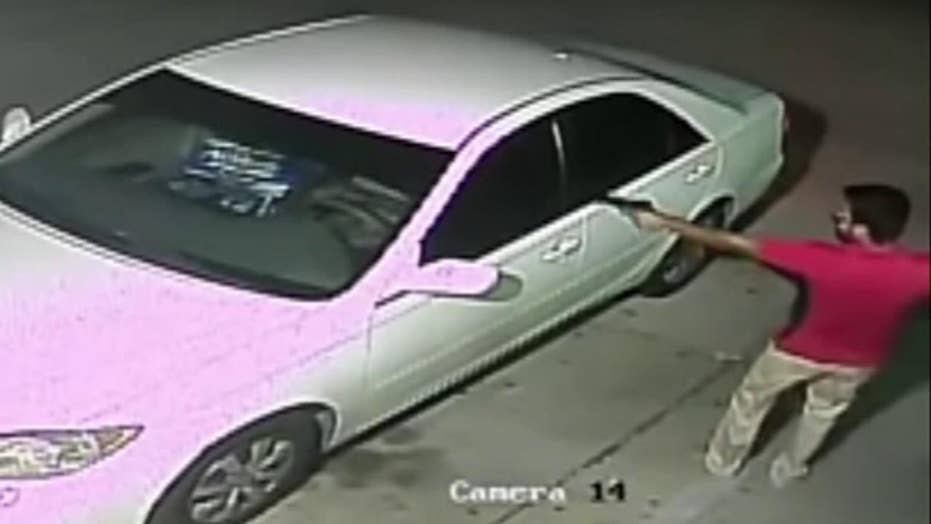 A gas station store owner in Florida was arrested after he allegedly shot a man who stole roughly $36 worth of beer from his shop.

Mehedeun Hasan, 22, was charged with attempted murder after he allegedly shot a man who police say stole $36 worth of beer from his convenience store. (Polk County Sheriff's Office)

Defoe, police said, stole three 18-packs of Natural Ice beer from the store on Tuesday night and hopped into his Toyota Camry.

Hasan and his 61-year-old father, who co-owns the store, witnessed Defoe take the beer. Hasan is seen on surveillance footage running toward a private area of the store, and returning with a handgun.

Both Hasan and his father run after Defoe, but not before Hasan seemingly drops the gun and kicks it.

Afterwards, security video appears to show Hasan pointing the gun directly into Defoe's car window and shooting as he backs up and drives away.

Some point after he was shot, Defoe crashed his car, the news station reported. He was transported to a hospital with gunshot wounds in his left arm and chest, and remains in critical condition.

Deputies said Defoe, who was recently released from prison, has a criminal history, which includes charges of robbery, domestic battery and drug possession.

Hasan has no criminal record.