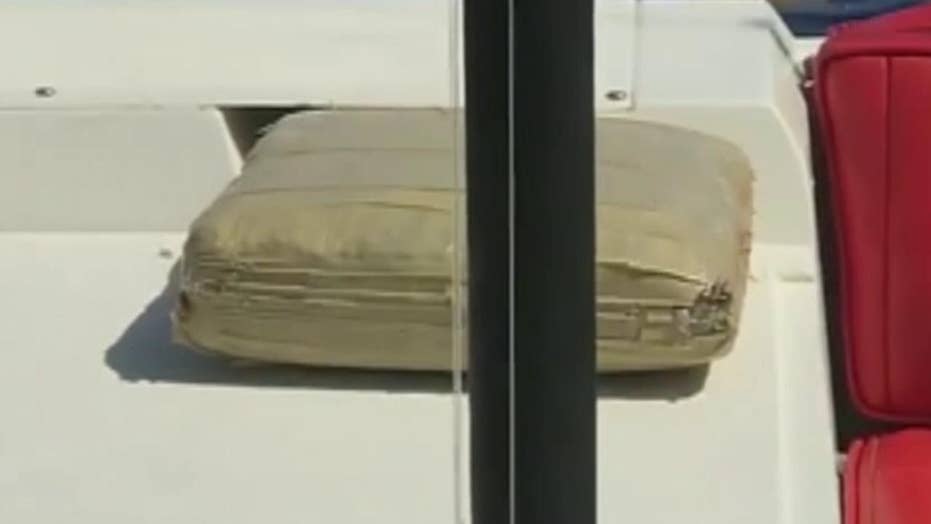 A fisherman in south Florida was shocked to find that his line had hooked a bale of marijuana as shown in this raw cell phone video.

A man in Florida reeled in something very unexpected while fishing on his birthday Monday.

Jorge Bustamante caught a large bale of marijuana in the waters off Pompano Beach, roughly 11 miles north of Fort Lauderdale.

He told WSVN that he notified the U.S. Coast Guard, but not before he was able to take some photos of his big catch.

Bustamante reportedly joked the package was his "Pablo Escobar birthday present," while authorities dubbed it a "square grouper."