Broward County sheriff's deputies were eating cake at a colleague’s retirement party last year when a gunman opened fire at a Florida airport, killing five people, according to a lawsuit filed Thursday.

The filing on behalf of Ann Andres, whose husband was killed in the shooting, claims deputies should have been positioned in the airport's baggage claim area, but instead “members of BSO were having a retirement party in a conference room,” according to the Sun Sentinel.

“Ann constantly lives with the violent images of Terry’s traumatic death and says ‘it will never leave [her] thoughts and nightmares,’” the lawsuit reads, according to the paper. 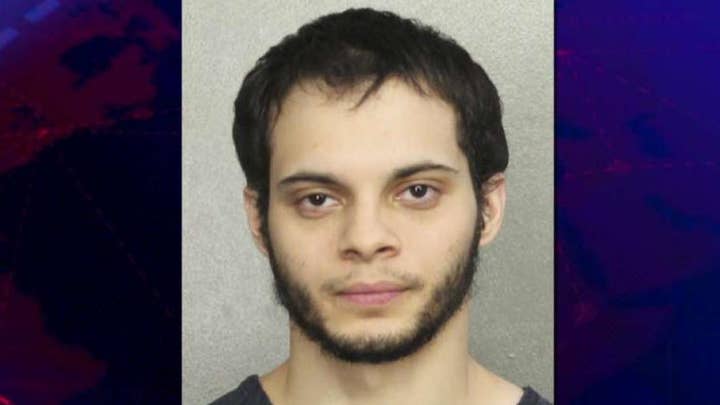 The military veteran later confessed to the killings and pleaded guilty. His sentencing is set for Aug. 17, according to the paper.

Negligence complaints were also filed in the lawsuit against the Broward Sheriff’s Office, Broward County Commission, which oversees the international airport’s operations, Delta Airlines, as well as three security companies, the paper reported.

According to the lawsuit, Andres was led away from the crime scene to a room where she “observed cake and balloons inside the office, indicating that there had been a party in the office earlier that day,” the lawsuit stated, the paper reported.

Andres is seeking a jury trial and seven figures in damages, her lawyer, David DiPietro, told the paper.

A second lawsuit filed on behalf of a shooting victim also claimed deputies were having a party and failed to appropriately respond to the incident, WPLG reported. 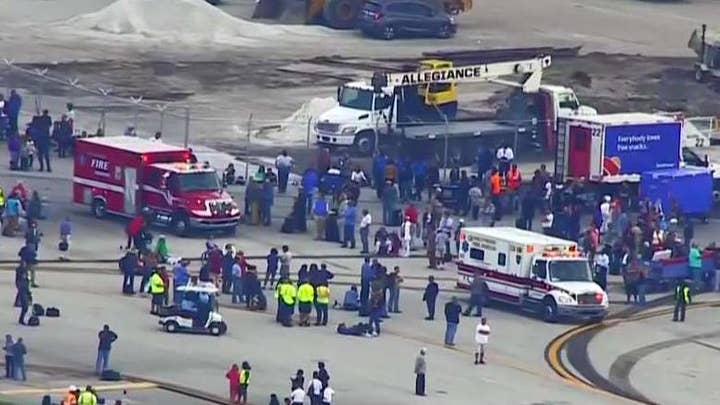 DiPietro confirmed through private investigators there was a party going on at the time of the attack, the station reported.

The station reported that witnesses have said that no officers were in the vicinity during the time of the shooting, and that an officer located on a different floor was the first to respond.

The Sheriff’s Office did not immediately respond to the station’s request for comment regarding the alleged party that took place.

The Broward County Sheriff's Office is the same agency that received criticism for an allegedly weak response to the Feb. 14 school massacre in Parkland, Fla.