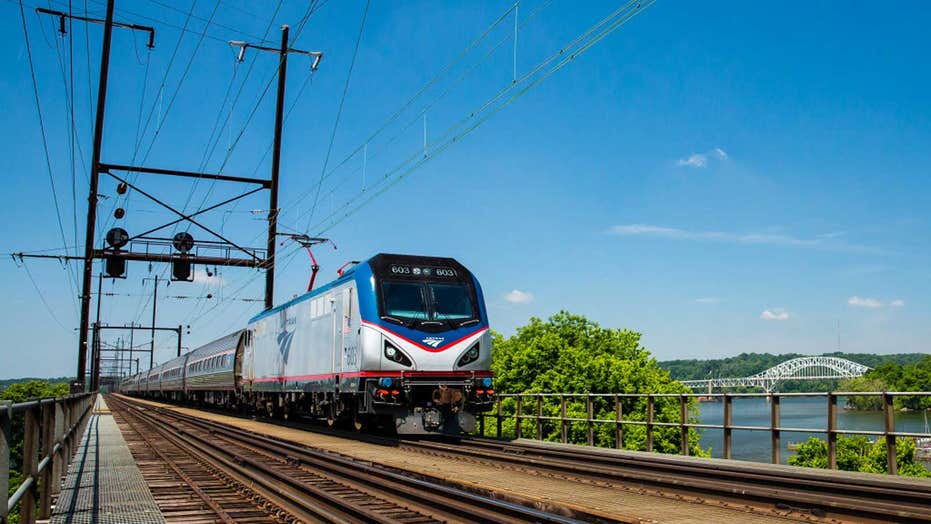 A woman and two children were reported dead in Florida on Saturday after an Amtrak passenger train traveling from Miami to New York City struck a vehicle on Saturday, authorities said.

All three victims were occupants of the vehicle, which was heavily damaged. None of the train’s 200 passengers were injured or killed, according to authorities.

The woman and children were going camping when their Subaru SUV was struck by the train near the Corbett Wildlife Area, according to the Palm Beach Post. The park is located northwest of West Palm Beach and east of Lake Okeechobee.

Camping gear and the Subaru's bumpers were strewn along the side of the tracks when first responders arrived.

The crash occurred around 2 p.m. Saturday in Indiantown, about 38 miles from West Palm Beach. The impact of the train pushed the SUV about a half-mile before it came to a stop.

Around 9 p.m., Amtrak tweeted that the train had resumed its journey after a delay of about 3 hours and 45 minutes.

The railroad crossing had no gate and the tracks were just about 25 yards from the turn off the highway. There were two railroad markers and a yield sign, but brush had overgrown to shield them from visibility for drivers entering Corbett, according to the Palm Beach Post.

Earl Megonigal, a check station operator at the wildlife management area, said previous crashes with trains at the Corbett crossing have prompted calls for safety measures.

“Everybody has been saying for years we need some sort of crossing gate,” he told the outlet.” It’s dangerous there. Trains come flying by. ”

FLORIDA DOG TRAPPED IN CAR DRIVES IN CIRCLES FOR AN HOUR

The complete circumstances of the crash were not immediately known, but Amtrak spokeswoman Christina Leeds said local officials were investigating.