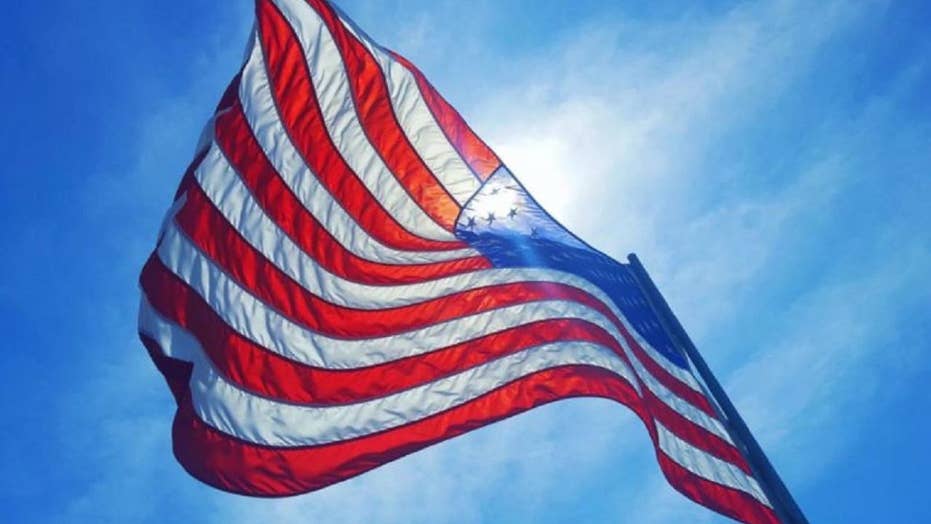 Florida boy arrested after refusing to recite Pledge of Allegiance

A Florida boy, 11, was arrested after he refused to recite what he called the ‘racist’ Pledge of Allegiance, according to reports.

A Florida middle school student was arrested earlier this month after allegedly getting into a confrontation with school officials and a law enforcement officer following reports that he refused to stand for the Pledge of Allegiance.

The 11-year-old attends the sixth grade at Lawton Chiles Middle Academy in Lakeland. He has been charged with disrupting a school function and resisting arrest without being violent, both misdemeanors. The Feb. 4 incident began when the boy allegedly told his substitute teacher he did not want to stand for the pledge because he viewed the American flag as racist against African-Americans.

In a handwritten statement to Polk County Public Schools, the teacher reported telling the boy, "Why if it was so bad here he did not go to another place to live." She said he then said, "they brought me here," according to Bay News 9.

The student was arrested by a school resource officer after he refused to follow commands and called school officials racists, reports said. He has not been identified by the school or police. A Lakeland police spokesperson declined to comment on the matter, The Ledger newspaper reported.

The boy's mother told the news station that "if she (the teacher) felt like there was an issue with my son not standing for the flag, she should've resolved that in a way different manner than she did."

Kyle Kennedy, a spokesman for the school district, told the paper that students are not required to recite the pledge. He said the substitute teacher will no longer be working with the district and that he could not comment on the student’s discipline.