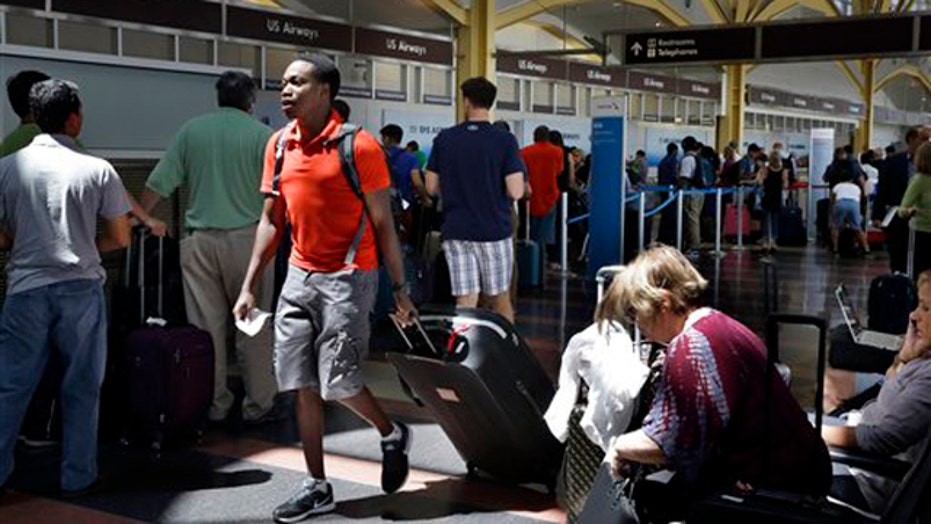 The Federal Aviation Administration blamed the problem on "technical issues" at an air traffic control center in Leesburg, Va., but said Saturday afternoon it had resolved the issue and was working closely with airlines to return to normal operations.

"The FAA is continuing its root cause analysis to determine what caused the problem and is working closely with the airlines to minimize impacts to travelers," the agency said in an emailed statement.

Delays out of Newark International Airport reached 30 minutes around 1:30 p.m. and decreasing at that particular time, the station said, according to FlightAware.

Government sources said the problem was not caused by computer hackers.

American Airlines said in a tweet that air traffic control issues are impacting all East Coast flights. The airline is urging passengers to plan accordingly.

Miller Roberts, 40, of Dallas was trying to fly from Baltimore to Kansas City to set up a robotics display at the Missouri State Fair but was caught in a flight delay for more than four hours.

Roberts told the Associated Press he boarded a Southwest Airlines flight that was supposed to take off at 10 a.m. Saturday, but he was still sitting on the plane, waiting after 2 p.m. But he said his fellow passengers were taking the delay in stride.

"I think everyone realizes this is out of our control," he said.

Roberts told the AP he only heard one groan after the pilot's last announcement saying it would be another hour before they had an update on their flight status. The plane returned to the gate after the problems became clear, and passengers were allowed to get on and off for food or restroom breaks.