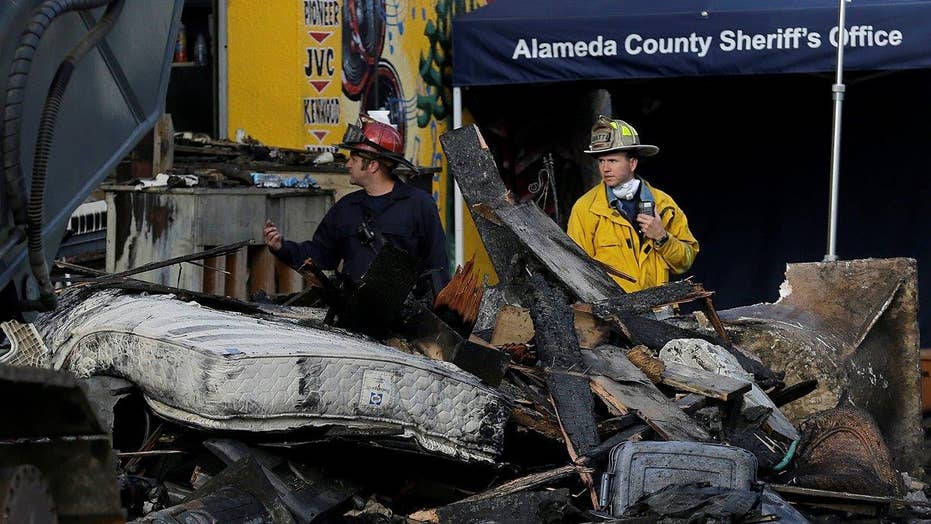 The first lawsuits were filed Friday in connection with the devastating Oakland warehouse fire that killed 36 people earlier in December.

Attorney Mary Alexander said she filed two civil complaints on behalf of the families of two victims who died in the blaze.

The suits were filed by the families of Michela Gregory, a 20-year-old university student, and Griffin Madden, a 23-year-old recent university graduate.

Those complaints could be consolidated with any others filed in relation to the case, said Ms. Alexander, who represents the families of both victims.

“As a result of the horrific, gross negligence of the defendants in this case, these two young people have lost their lives,” Ms. Alexander said during a news conference. “They had every gift but the gift of time.”

Ms. Alexander said those named in the complaints include the building’s owner, Chor Ng, and the owner’s daughter, Eva Ng. It also names Derick Ion Almena and Micah Allison, the couple who transformed the warehouse into an artist community where 20 people lived, though the space wasn't permitted as a residence.

Click here to read more at the Wall Street Journal.