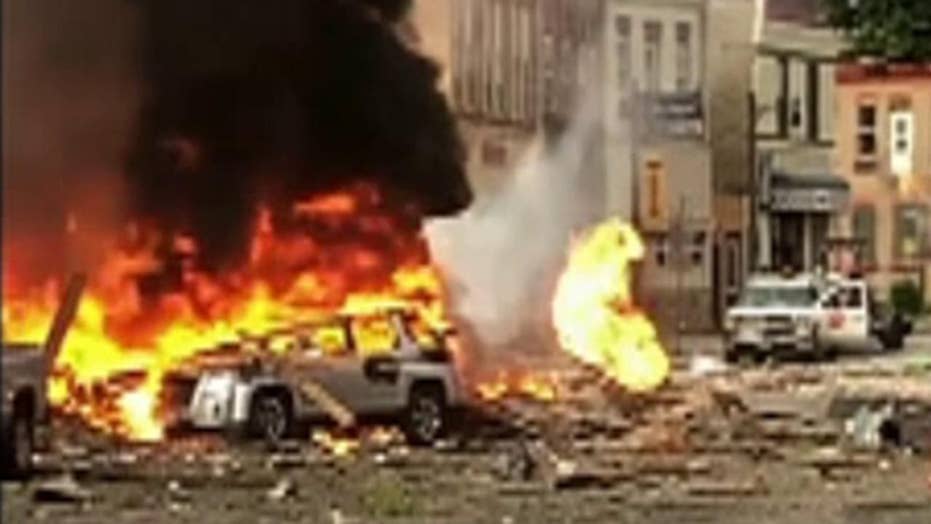 A firefighter who is the father of two girls was killed on Tuesday when a national gas explosion rocked a Wisconsin city, leveling buildings and injuring a least a dozen other people, authorities said.

Sun Prairie Fire Department Capt. Cory Barr was in the Barr House, a tavern he owned in Sun Prairie, Wis., when a private contractor punctured a 4-inch gas main, causing a gas leak that led to the deadly explosion of the tavern and restaurant Glass Nickel Pizza.

Barr had been with the fire department for at least 10 years and also worked as a real estate agent on the side.

"I emailed him, and called him, and texted him as soon as I saw the news last night," Dunn said. "Obviously I didn't hear anything back so we were all really nervous about it all night...I didn't sleep very well."

She added: "He was just incredibly kind and generous, and an absolute family man — his wife and his girls were most important to him. He was just an incredibly genuine and kind and giving person — you could tell by what he did. He worked as a fireman, he owned the bar and obviously helped people through real estate — so he was always willing to help people in any way."

A large plume of smoke from a massive fire is seen in Sun Prairie, Wis., Tuesday. (AP)

“Trying to find the words, and not sure how I can. The husband, the father of my children, a son, an uncle, a brother, and so many other things was taken from this world tonight way too soon,” she wrote.

Five other firefighters, a police officer and at least six civilians were hurt in the city located less than 15 miles from Madison, according to Sun Prairie police Lt. Kevin Konopacki. One of the firefighters was critically injured and remained hospitalized Wednesday, Konopacki said.

The explosion rocked the downtown area of Sun Prairie, a suburb of Madison, after a contractor struck a natural gas main Tuesday. (AP)

Steve Owen, 60, who owns Sun City Cyclery and Skates in downtown Sun Prairie, said he saw firefighters and police officers on the street and then the explosion happened. He said the building across from his shop "literally lifted up."

"People were scrambling," said Owen, who lives above his shop.

WE Energies did not provide the name of the contractor.