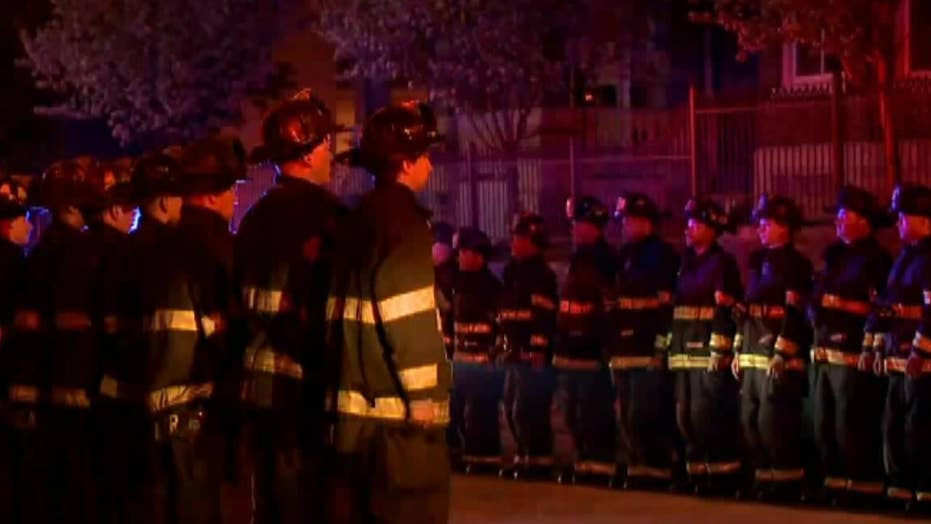 Wisconsin firefighter dies after being shot responding to medical call

A Wisconsin firefighter died after he was shot responding to a medical call, according to officials.

A Wisconsin firefighter is dead after being shot while responding to an unrelated medical call, in which a police officer was also shot, officials said.

A 14-year-veteran with the Appleton Fire Department died after being shot “in the line of duty” while on the scene of a medical emergency at the Valley Transit Center in downtown Appleton, about 120 miles north of Milwaukee, the department confirmed in a statement on Thursday.

Appleton police and fire responded to a medical call in the 100 block of East Washington Street at around 5:30 p.m. on Wednesday. Emergency personnel were shot in an unrelated incident while administering treatment to the injured party.

Four people were struck, including a firefighter and police officer. They were all transported to an area hospital where the unidentified firefighter later died.

A procession was held overnight in Milwaukee as the victim’s body was brought to the Milwaukee County Medical Examiner's Office. Firefighters lined the street as emergency vehicles escorted the body. The flag-draped coffin was then brought into the medical examiner's office.

Appleton fire said that the police officer who was shot was still in the hospital recovering on Thursday.

Fire officials say funeral arrangements for the firefighter are pending and that the investigation into the incident is ongoing.

The Green Bay Police Department is leading the investigation into Wednesday’s shooting.