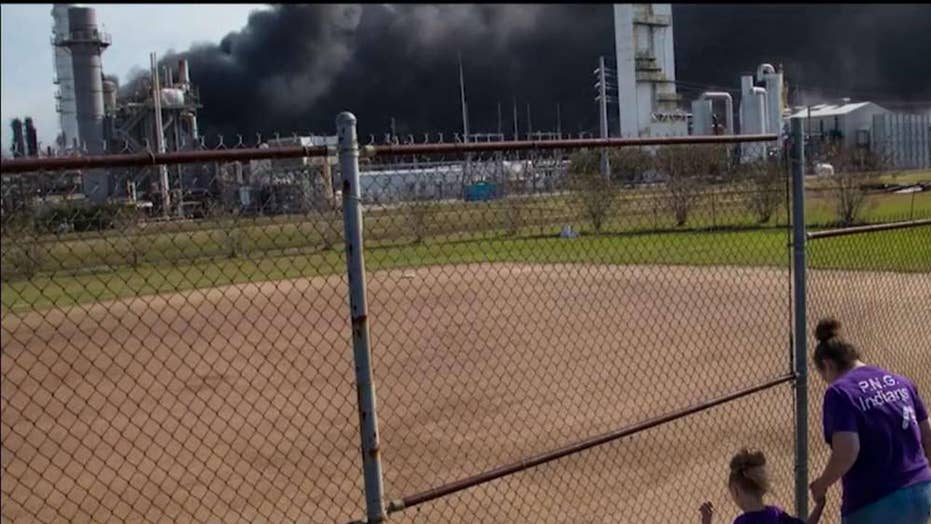 Authorities in East Texas said Thursday that they didn't know when thousands of people evacuated from their homes following two massive explosions at a local chemical plant would be able to return as a fire continued to burn.

Jefferson County Sheriff Zena Stephens told reporters the evacuation order would remain in place due to ongoing danger from flames, explosions and debris and not due to concerns about air quality near the TPC Group facility in Port Neches, about 80 miles east of Houston.

"It’s Thanksgiving, a lot of people are displaced, they can’t go home,” Stephens told TV station KFDM, adding that the evacuation order covers a four-mile radius from the plant, which makes chemical and petroleum-based products.

The initial explosion occurred at around 1 a.m. Wednesday, sending a large plume of smoke stretching for miles and started a fire. The second blast ripped through the plant shortly before 2 p.m., sending a steel reactor tower rocketing high into the air. That prompted Jefferson County Judge Jeff Branick, the top county official, to order a mandatory evacuation of Port Neches and neighboring Groves, Nederland and part of Port Arthur. Water cannons were trained on surrounding plant works and tanks to keep them cool and avoid further explosions.

Branick told reporters late Wednesday that a loss of power at the plant prevented any investigation into the cause of the explosions or how much damage was done to the facility. Likewise, he said there was no estimate yet on the extent of damage to surrounding neighborhoods.

Troy Monk, TPC’s director of health, safety and security, said that two TPC employees and a contractor injured in the first blast were treated at hospitals and released. Branick said one worker suffered burns and the others had a broken wrist and a broken leg, adding it’s a miracle no one died.

The about 30 employees working at the plant at the time of the explosion were accounted for, according to TPC.

Texas has seen multiple petrochemical industry blazes this year, including a March fire that burned for days near Houston and another that killed a worker at a plant in nearby Crosby.

In the March fire, prosecutors filed five water pollution charges against the company that owns the petrochemical storage facility after chemicals flowed into a nearby waterway.