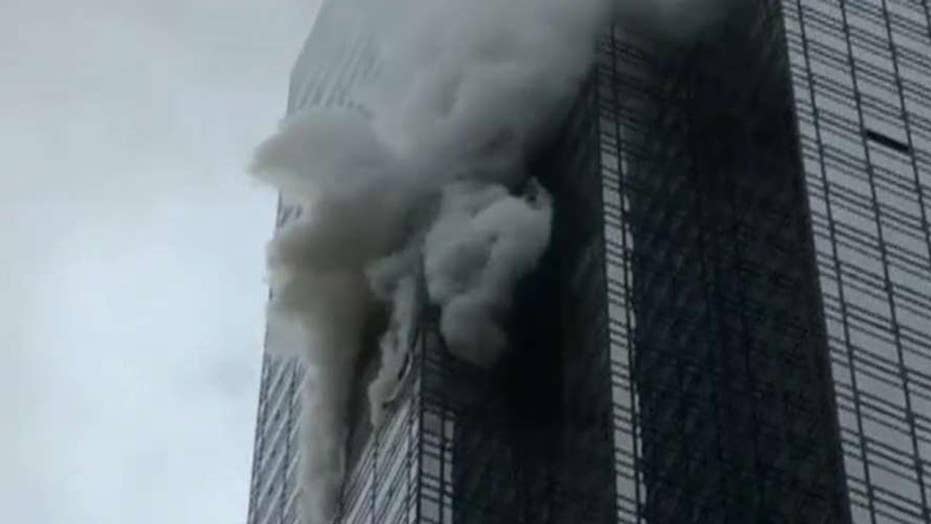 Four firefighters injured and one man killed in the blaze.

At least one person died and four others were injured after a fire broke out Saturday in Trump Tower in New York City, police and fire officials said.

A 67-year-old male, identified as Todd Brassner, was found "unconscious and unresponsive" on the 50th floor by New York City firefighters, police said. He was transported to Mount Sinai Roosevelt Hospital, where he was pronounced dead.

The city's medical examiner's office will determine the cause of death and the investigation is ongoing, authorities said.

The FDNY previously said that one person who was inside the apartment was critical, adding that four firefighters also were hurt.

"We found fire on the 50th floor of the building," FDNY Commissioner Daniel A. Nigro said. "The apartment was entirely on fire. Members pushed in heroically, they were knocking down the fire and found one occupant of the apartment who is in critical condition."

Nigro went on to describe the fire as "difficult" and said the high rise "had a considerable amount of smoke."

The FDNY's alert system tweeted that the blaze was "under control." The cause of the fire was unclear.

Video on social media showed orange flames and smoke billowing from the building. Sirens could be heard in the background.

President Donald Trump tweeted shortly after the fire, saying the blaze at his namesake high-rise "is out."

"Very confined (well built building)," he tweeted. "Firemen (and women) did a gret job. THANK YOU!"

The blaze was described by the FDNY’s alert system on Twitter as a 4-alarm fire that erupted on the 50th floor of the high rise on 5th Avenue in Manhattan. They initially had called it a 2-alarm fire.

Trump was at the White House on Saturday; a spokesperson said first lady Melania Trump was in Washington as well.

Several firetrucks, as well as police officers and responders, could be seen near the entrance of the building.

Police said that a number of nearby streets were closed.

Trump's son, Eric, also tweeted, thanking "the amazing men and women of the NYFD who extinguished a fire in a residential apartment @TrumpTower."

"The @FDNY and @NYPD are truly some of the most incredible people anywhere!"