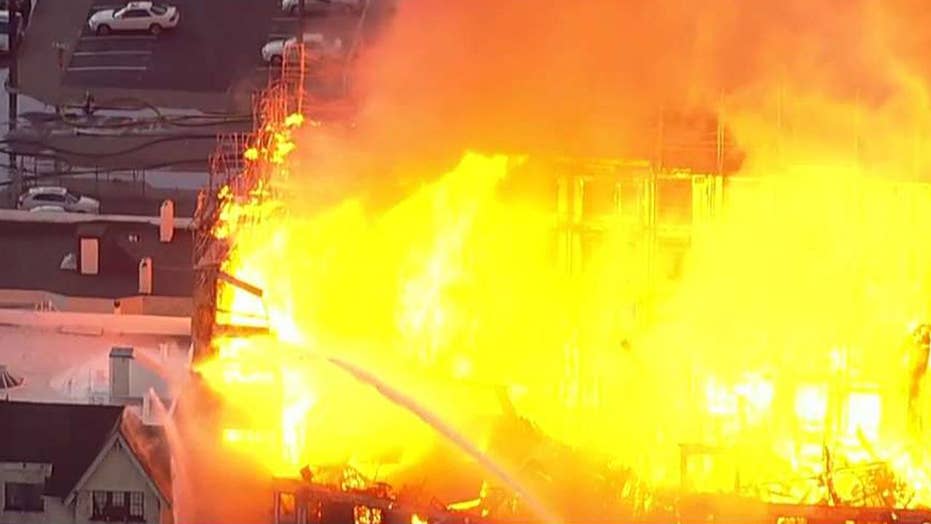 Police say the building is an apartment complex that's under construction

The fire broke out inside the seven-story building in Oakland shortly before 4:30 a.m., KTVU reported.

The blaze quickly spread, with flames shooting out of the roof less than an hour after it began. Motion sensors inside the building picked up activity about 4:45 a.m., sources told KTVU.

Thick, black smoke was seen billowing from the site. A crane at the site was on the verge of collapsing, swaying in the fire.

Nearby apartment buildings were evacuated. There were no reported injuries.

It's unclear how the fire started.

The site, called Alta Waverly, was a large parking lot and a small commercial building that was being constructed into a multi-use residential building.

It was slated to open in February and was expected to contain 193 residential units and 31,500 square feet of retail, according to city site plans.