Ida Shafir, 67, and Nick Bogomolsky, 61, were arrested at Fort Lauderdale-Hollywood International Airport in Florida on Tuesday, according to the sheriff's office. (Broward County Sheriff's Office)

A  pair of tourists were arrested at Fort Lauderdale-Hollywood International Airport on Tuesday after an argument broke out over carry-on luggage, officials said.

Ida Shafir, 67, and Nick Bogomolsky, 61, were taken into custody on the day they were scheduled to fly from the Florida airport to New York around 7:30 a.m., according to the Broward County Sheriff's Office.

Before they boarded Delta flight 891, airline staff reportedly informed passengers that the flight was at capacity and since overhead luggage bins were full, they'd have to check their carry-on luggage for free.

Shafir, according to charging documents obtained by Fox News, became "upset, and refused to check their luggage." She was allegedly "causing a commotion at the gate," so Delta staff pulled them onto the jetway to speak with them, and said that if Shafir and her companion did not check their luggage, they would not be allowed on the plane. 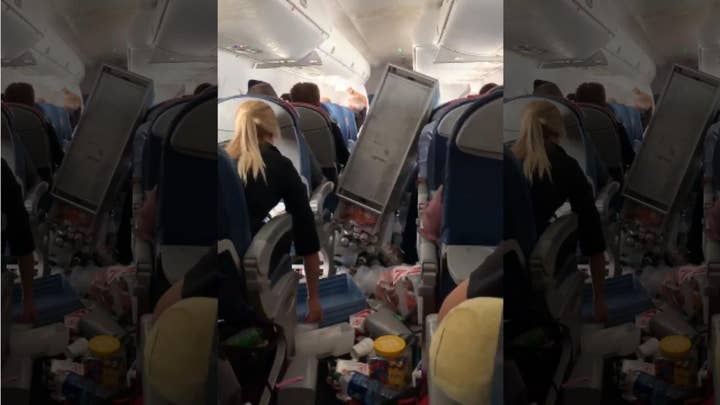 The two "refused to leave" and Shafir told a responding Broward County Sheriff's deputy to arrest her, police said. But when the deputy tried to arrest Shafir, she allegedly "got out of control and resisted arrest."

At one point, Shafir and the deputy fell to the ground, and the 67-year-old allegedly bit the deputy, who started bleeding. A deputy said that during this time, he felt Bogomolsky's "hand attempting to grab his firearm."

Bogomolsky and Shafir, of Brooklyn, New York, were both hit with a slew of charges, including resisting arrest and trespassing.