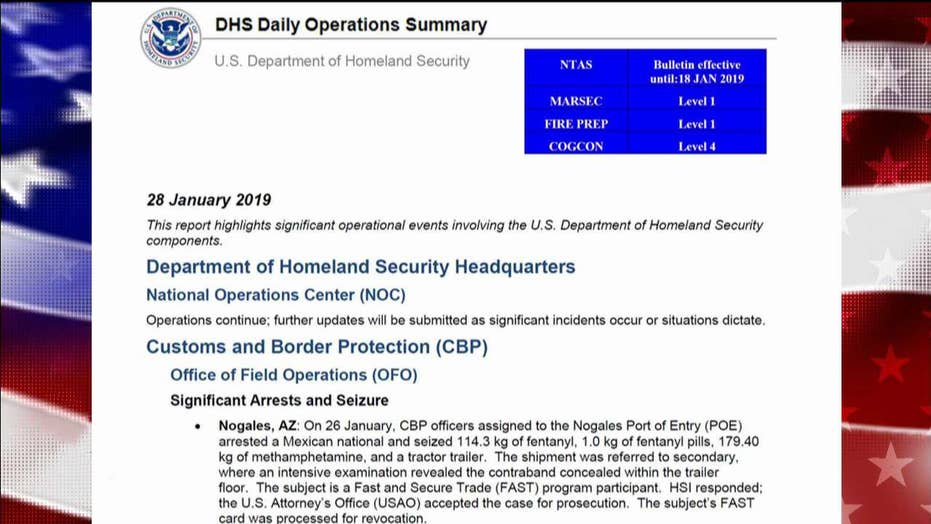 A Mexican national was arrested by U.S. Customs and Border Protection agents on Saturday with enough fentanyl to kill 57 million Americans, according to an internal memo first reported on Wednesday on "Tucker Carlson Tonight."

The fentanyl seizure was a record amount, officials said in a news release.

The suspect, who wasn't named, allegedly was found in possession of over 114 kilograms of fentanyl, 1 kilogram of fentanyl pills, 179 kilograms of methamphetamine and a tractor-trailer.

"The shipment was referred to secondary, where an intensive examination revealed the contraband concealed within the trailer floor," CBP said in a report.

The suspect was a participant in the Fast and Secure Trade program and, after the arrest, the person's FAST card was "processed for revocation."