Florida Attorney General Ashley Moody argues the mass production of fentanyl and an 'open border' have created an alarming rate of overdoses on ‘The Story with Martha MacCallum.’

Families Against Fentanyl (FAF), an organization bringing awareness to the dangers of fentanyl, on Friday cheered Florida Attorney General Ashley Moody's decision to declare the illicitly-manufactured drug a "weapon of mass destruction" (WMD).

In declaring fentanyl, a drug which can be deadly in very small amounts, a WMD, government agencies like the Department of Homeland Security, the Justice Department and the Pentagon would be required to work together to prevent the drug from entering and circulating within the United States.

"[FAF] welcomes Attorney General Moody’s urgent call to have illicit fentanyl declared a Weapon of Mass Destruction, and applaud her for taking this powerful stand," James Rauh, who founded the organization after he lost his own son to fentanyl poisoning, said in a Monday statement. "WMD designation currently has bipartisan support in Congress. With A.G. Moody’s announcement today, the movement continues to grow."

Rauh noted that a record 107,000 Americans died of drug overdoses and poisonings last year, "driven by illicit fentanyl," citing data from the Centers for Disease Control and Prevention (CDC). An FAF analysis of CDC data released in December 2021 found that illicit fentanyl poisoning was the No. 1 cause of death for American adults between the ages of 18 and 45 last year.

"The whole federal government and every tactic and capability that we have should be utilized to stop the death and destruction that fentanyl is causing," Moody said in a letter to President Biden obtained exclusively by Fox News Digital on Monday.

The U.S. government defines a WMD as a "nuclear, radiological, chemical, biological, or other device that is intended to harm a large number of people." Moody's office cited prior government assessments that fentanyl "is very likely a viable option for a chemical weapon attack."

"Relying on non-state criminal actors and terrorists to think or act as expected is a losing proposition. The reality is that the deadliness of fentanyl combined with its sheer availability in Mexico to criminal cartels and non-state actors makes it an increasingly likely weapon for use," Moody says in the letter.

"The fentanyl crisis is killing our kids and devastating our communities," Ryan said in a statement at the time. "There is not a corner of Ohio that has not been affected by this epidemic in some way. We cannot look away as this crisis worsens. It’s time we take a whole-of-government approach to fight it. That means using every resource we have at our disposal to get this off the streets and out of our neighborhoods."

In April, Rep. Lance Gooden, R-Texas, similarly called on Biden to declare the drug a WMD.

"Fentanyl has quickly emerged as one of the most dangerous drugs responsible for creating a public health crisis in the United States," Gooden said in a letter to President Biden obtained by Fox News Digital at the time. "It is vital the federal government takes immediate action to address the opioid epidemic and protect the American people by designating fentanyl as a Weapon of Mass Destruction (WMD)."

FAF has noted that fentanyl has the potential to be used as a chemical weapon by America's adversaries, and designating the drug as a WMD would force a federal response to that potential danger. 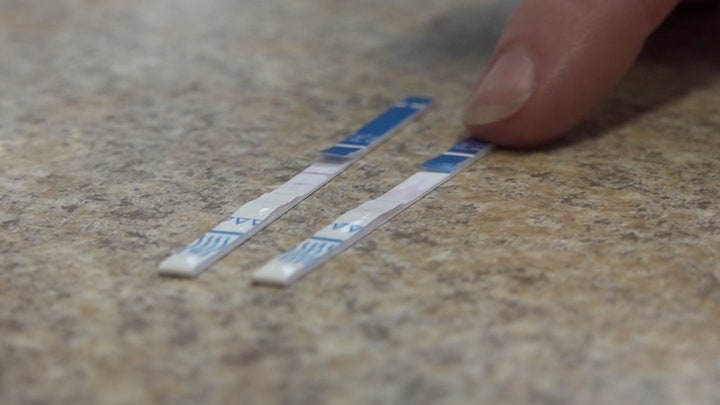 "It’s clear that the status quo isn’t working. WMD designation would allow the federal government to activate unused and under-used resources to stop illicit fentanyl before it ever reaches our border," Rauh said. "[FAF] encourages the Biden Administration to take this decisive and necessary action, giving illicit fentanyl the WMD designation it deserves."

While it remains unclear how much fentanyl is entering the U.S., since that number refers to apprehensions of the drug only, the number of deaths related to the drug is increasing. The Drug Enforcement Administration warned earlier this year of a "nationwide spike" in fentanyl-related overdoses.