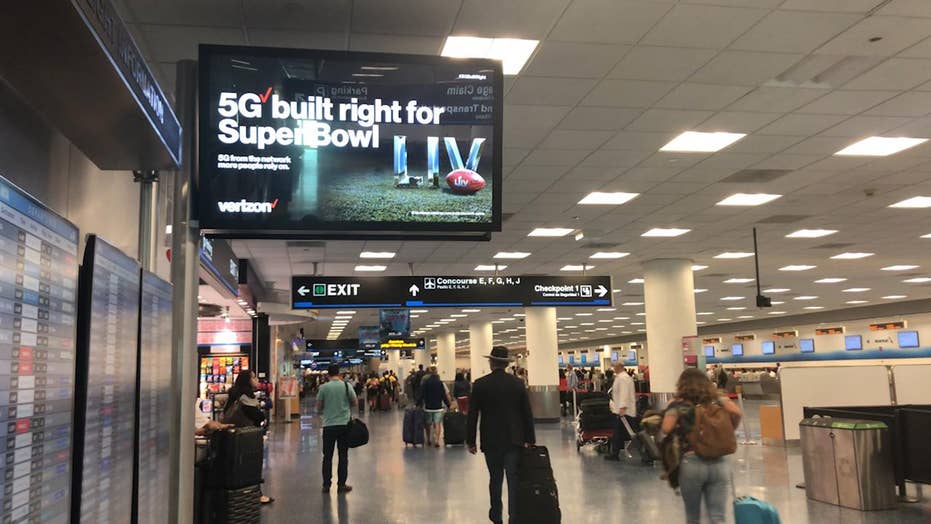 Feds on alert for traffickers at Super Bowl

Airport employees are working with the Department of Homeland Security ahead of the big game.

MIAMI –– Just miles from where this year’s Super Bowl is set to take place at Hard Rock Stadium in Miami Gardens, Fla., the feds are already in town to train Miami International Airport officials on how to spot human trafficking victims.

“Florida is a state with the third-highest rate of per-capita calls regarding human trafficking, so we thought it was important to teach our employees on the indicators of human trafficking,” said Indira Pardillo, a public relations official at the airport.

During the next few weeks, in the run-up to Super Bowl LIV, dozens of federal agents will fan out across South Florida looking for strange behavior or anything that seems amiss.

Sixty additional TSA officers from around the country will enhance the TSA Miami office staff to keep additional checkpoint lanes open throughout the high-volume departure day. There will also be 10 additional K9 teams. VIPER (Visible Intermodal Prevention and Response) teams will also be at the airport as game day approaches.

“In my area, we're looking for anything, whether it is a cell phone, a package, anything out of place, for me it's a red flag,” said Christian Fernandez, a terminal and security supervisor.

While ports of entry are often swarming with federal agents protecting national security, Pardillo says that in the days before, during and after the Super Bowl there will be more security officers, across all departments.

“I want all employees at the airports to be vigilant, especially now that the Super Bowl is coming.The Super Bowl is considered one of the biggest human trafficking events, so it's important for all of our employees to know, in-depth, the indicators,” Pardillo said.

As a record 90,000 travelers pour out of the party city, over 600 airport employees are getting on board with the training at Miami International Airport. (Elina Shirazi)

More than 600 airport employees like Fernandez have spent days training on how to spot human traffickers and human trafficking victims. The airport is expecting a record total of 90,000 passengers to travel out of the airport the day after the game.

“We have some ground handling companies also training and the people that push the wheelchairs. We have ticket counter agents, land-side officers, the ones that are outside on the curbside directing traffic and we have, of course, security officers that are training,” Pardillo said.

Employees are being trained to identify certain behaviors from travelers, such as a lack of eye contact, a story that doesn't add up, or a fear of security workers.

“Anybody that comes in, that looks out of place, we identify those individuals, we're trying to make contact with them and make sure that those individuals are OK to be here … everybody in the airport is getting the same training,” Fernandez said.

Super Bowl LIV will be in Miami, Florida on Feb. 2.<br> ​​​​​​​Customs and Border Patrol said it is also game day for them, as a record number of people file in and out of the state. (Elina Shirazi)

“Any time you have an event that attracts, I would say, high-income participants, it might be prone to situations such as illicit crime, criminal activity and human trafficking,” said Michael Silva, a Customs and Border Protection spokesman.

Silva said the hope is to stop trafficking before victims leave the airport.

With the massive numbers of travelers pouring into Miami this year for the event, the Feds are stepping in, training airport employees on security measures to combat trafficking at one of Florida’s busiest airports. (Elina Shirazi)

Airport officials say they’ll be on high alert the week leading up to the Super Bowl and the day after the game.

“It's going to be a record-high day for us, if not one of the busiest travel days in 2020,” Pardillo said.

Miami’s authorities are also training hotel workers and Uber drivers to spot the signs of trafficking throughout the city leading up to and during the big event.