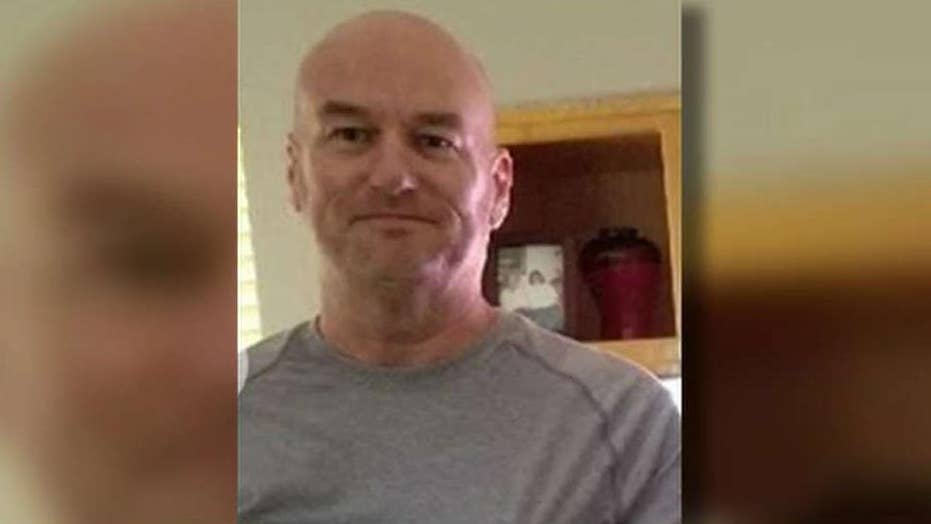 Weapons, ammunition and a hit list of Democrat lawmakers and media personalities were found in the apartment of Coast Guard Lieutenant Christopher Hasson in Maryland; Jennifer Griffin has the details.

WASHINGTON – A Coast Guard lieutenant who was arrested last week is a "domestic terrorist" who drafted an email discussing biological attacks and had what appeared to be a hit list that included prominent Democrats and media figures, prosecutors said in court papers.

Christopher Paul Hasson is due to appear Thursday in federal court in Maryland after his arrest on gun and drug offenses, but prosecutors say those charges are the "proverbial tip of the iceberg."

"The defendant is a domestic terrorist, bent on committing acts dangerous to human life that are intended to affect governmental conduct," prosecutors wrote in court papers .

Hasson, who works at the Coast Guard's headquarters in Washington, has espoused extremist views for years, according to prosecutors. Court papers detail a June 2017 draft email in which Hasson wrote that he was "dreaming of a way to kill almost every last person on the earth," and pondering how he might be able to acquire anthrax and toxins to create botulism or a deadly influenza.

This image provided by the U.S. District Court in Maryland shows a photo of firearms and ammunition that was in the motion for detention pending trial in the case against Christopher Paul Hasson. Prosecutors say that Hasson, a Coast Guard lieutenant is a "domestic terrorist" who wrote about biological attacks and had a hit list that included prominent Democrats and media figures. He is due in court on Feb. 21 in Maryland. Prosecutors say Hasson espoused extremist views for years. Court papers say Hasson described an "interesting idea" in a 2017 draft email that included "biological attacks followed by attack on food supply." (U.S. District Court via AP)

In the same email, Hasson described an "interesting idea" that included "biological attacks followed by attack on food supply" as well as a bombing and sniper attacks, according to court documents filed by prosecutors.

In September 2017, Hasson sent himself a draft letter that he had written to a neo-Nazi leader and "identified himself as a White Nationalist for over 30 years and advocated for 'focused violence' in order to establish a white homeland," prosecutors wrote.

Hasson also expressed admiration for Russia. "Looking to Russia with hopeful eyes or any land that despises the west's liberalism," he wrote in the draft email. Prosecutors say during the past two years he had regularly searched online for pro-Russian as well as neo-Nazi literature.

Federal agents found 15 firearms — including several rifles — and over 1,000 rounds of ammunition inside Hasson's basement apartment in Silver Spring, Maryland. They also found a container with more than 30 bottles that were labeled as human growth hormone, court papers said.

Prosecutors wrote that Hasson "began the process of targeting specific victims," including several prominent Democrats in Congress and 2020 presidential candidates. In February 2018, he searched the internet for the "most liberal senators," as well as searching "do senators have ss (secret service) protection" and "are supreme court justices protected," according to the court filing.

The list — created in a Microsoft Excel spreadsheet — also included mentions of John Podesta, who was Hillary Clinton's campaign chairman, along with Reps. Alexandria Ocasio-Cortez and Maxine Waters, former Rep. Beto O'Rourke, MSNBC's Chris Hayes and Joe Scarborough and CNN's Chris Cuomo and Van Jones, according to the court filing.

Hasson appeared to be a chronic user of the opioid painkiller Tramadol and had purchased a flask filled with four ounces of "synthetic urine" online, prosecutors said. Authorities suspect Hasson had purchased fake urine to use in case he was randomly selected for a drug test.

The chief at the federal defender's office in Maryland — which is representing Hasson — declined to comment on the allegations. The Coast Guard did not immediately respond to a request for comment on Hasson's arrest. No one answered the door Wednesday at the home address for Hasson listed in public records.

Hasson's arrest on Feb. 15 was first noted by Seamus Hughes, the deputy director of the Program on Extremism at George Washington University.