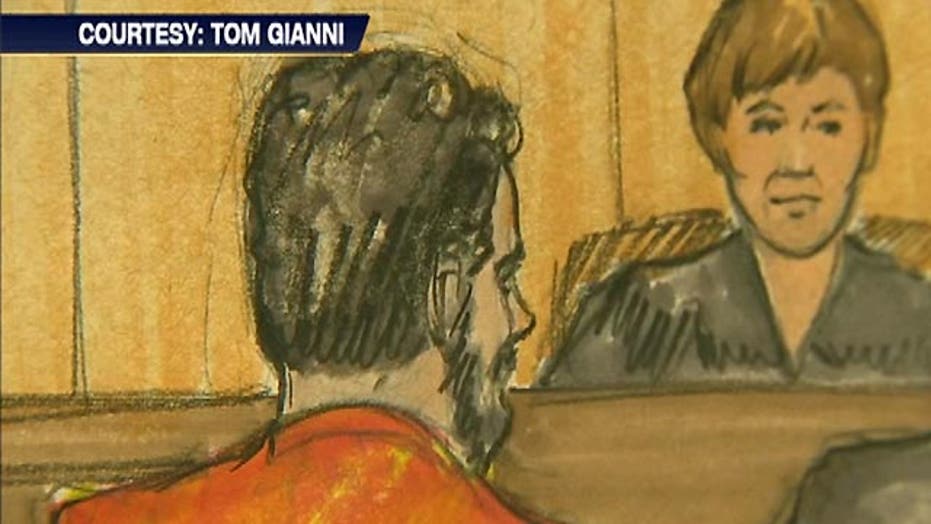 CHICAGO – Federal prosecutors on Monday charged a 19-year-old suburban Chicago man with attempting to support terrorism after he told his parents he was going to Syria to join the Islamic State because he was upset about what he considered “immoral” Western society, authorities said.

Mohammed Hamza Khan was nabbed by the FBI’s Chicago Joint Terrorism Task Force late Saturday for allegedly attempting to travel overseas to support terrorism. Khan, according to a criminal complaint, bought a roundtrip fare to Istanbul, via Vienna, and was to arrive in Turkey on Sunday.

“Islamic State in Iraq and Levant,” Khan allegedly wrote in materials found at his parents’ home when the FBI executed a search warrant. “Here to stay. We are the lions of the war [unintelligible]. My nation, the dawn has emerged.”

Khan allegedly told his parents in a three-page note that he felt “an obligation” to go to the so-called Sharia law caliphate established by the terrorist group in Syria and Iraq. He said he was upset that, as an adult, he was obligated to pay taxes that would be used to kill his “Muslim brothers and sisters” and that he was angry with society.

“We are all witness that the western societies are getting more immoral day by day,” Khan told his parents, according to the complaint. “I do not want my kids being exposed to filth like this.”

Sources told Fox News authorities acted after a tip from Austrian Airlines regarding Khan’s itinerary. While they detained him at the airport, authorities executed the search warrant at the family’s home in Bolingbrook, a Chicago suburb. There, in addition to the note to his parents, they allegedly found multiple handwritten documents in support of Islamic State and a list of contacts in Syria.

Khan waived his Miranda rights and told agents he had no intention of returning to U.S., authorities said. Khan told FBI agents that an individual he met online provided him the phone number for a Turkish contact who would help him get to Islamic State territory.

FBI officials said no more arrests had been made in Khan’s case but that it is still under investigation.

The slight, bearded Khan wore an orange jail uniform at his appearance and could be seen speaking with his attorney before his hearing started. The judge ordered that Khan be held at least until his detention hearing Oct. 9. Attempting to provide material support to a foreign terrorist organization carries a maximum penalty of 15 years in prison and a $250,000 fine.