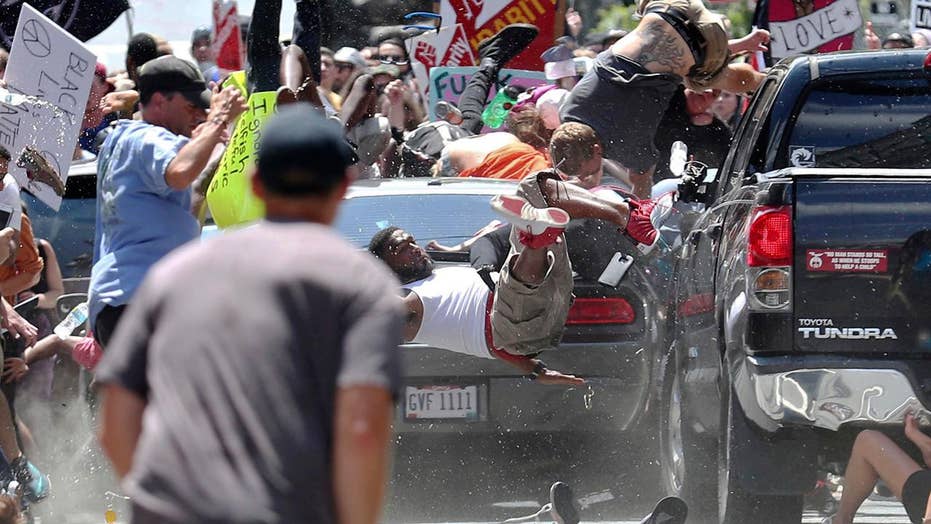 The federal government has opened a civil rights investigation into the vehicular rampage that killed one woman and injured 19 other people during Saturday’s “Unite the Right” rally in Charlottesville, Va.

“The Richmond FBI Field Office, the Civil Rights Division, and the U.S. Attorney’s Office for the Western District of Virginia have opened a civil rights investigation into the circumstances of the deadly vehicular incident that occurred earlier Saturday morning,” Sessions said in the statement. “The FBI will collect all available facts and evidence, and as this is an ongoing investigation we are not able to comment further at this time.”

James Alex Fields Jr., 20, of Ohio, has been arrested in connection with the fatal crash, authorities said. The rally was organized by right-wing blogger Jason Kessler, who wanted to protest Charlottesville’s decision to remove a statue of Confederate Gen. Robert E. Lee from Emancipation Park. The event quickly turned chaotic, as white nationalists clashed with counter-protesters and police.

“When such actions arise from racial bigotry and hatred, they betray our core values and cannot be tolerated,” the attorney general said.

“I have talked with FBI Director Chris Wray, FBI agents on the scene, and law enforcement officials for the state of Virginia. The FBI has been supporting state and local authorities throughout the day,” Sessions said. “U.S. Attorney Rick Mountcastle has commenced a federal investigation and will have the full support of the Department of Justice. Justice will prevail.”

"Having watched the horrifying video of the car deliberately crashing into a crowd of protesters, I urge the Department of Justice to immediately investigate and prosecute this grotesque act of domestic terrorism," Cruz said in a statement.

According to Virginia State Police, three other people were arrested in connection with the rally. They were identified as Troy Dunigan, 21, of Chattanooga, Tenn., charged with disorderly conduct; Jacob L. Smith, 21, of Louisa, Va., charged with assault and battery; and James M. O'Brien, 44, of Gainesville, Fla., charged with carrying a concealed handgun.

Sessions’ statement drew mixed reactions on social media. Some praised the decision to make the case a civil rights investigation, while others saw the case as terrorism and murder, with race a nonfactor.

The NAACP called for President Trump to fire his adviser Steve Bannon, describing Bannon as a “well-known white supremacist leader.”

The National Urban League added: “We call on everyone with a voice on our national stage to condemn these demonstrations & racist sentiments in the strongest possible terms."

The National Action Network said it “calls on President Trump to address the causes of these events, denounce the white supremacists at the very heart of this conflict, and start working towards peace.”

Protesters took to the streets of California cities such as Los Angeles and Oakland on Saturday night to decry what transpired in Charlottesville earlier in the day.