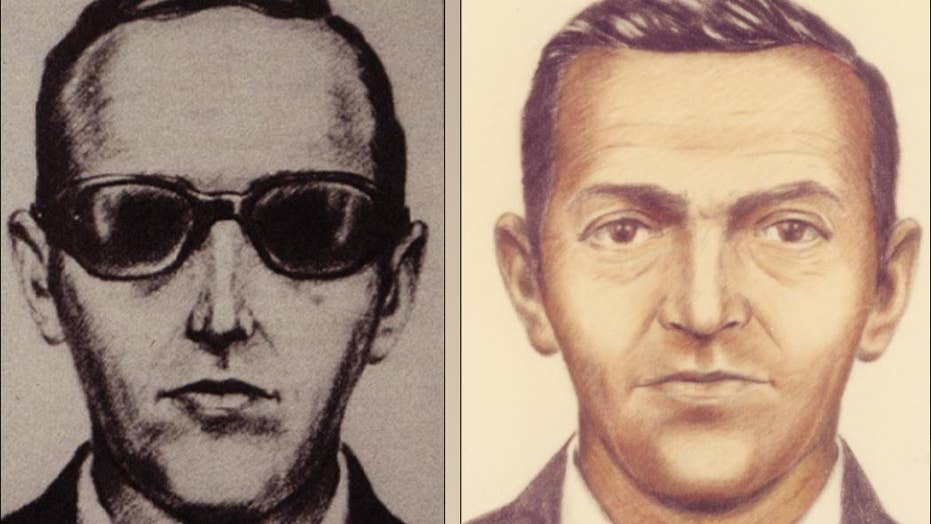 The FBI has reportedly accepted new evidence that could be linked to the famous D.B. Cooper case that has stumped investigators for decades.

The New York Daily News reported Sunday that unnamed private investigators described the evidence as “an odd piece of buried foam,” which may have been used in Cooper’s parachute. The evidence was found in a mound of dirt in the deep Pacific Northwest mountains nearly two weeks ago.

The evidence was turned in Friday to the FBI’s Ventura County office by acclaimed Cooper sleuth Tom Colbert, a Los Angeles TV and film producer.

“Well, after six years of gathering information with a 40-member cold case team, I’m ecstatic that they are considering this,” Colbert told Fox News during an interview last week, referring to the FBI.

In 2016, the FBI announced that it was no longer investigating the enduring mystery of the skyjacker known as D.B. Cooper, nearly 45 years after he vanished out the back of a Boeing 727 into a freezing Northwest rain wearing a business suit, a parachute and a pack with $200,000 in cash.

Calling the investigation one of the longest and most exhaustive in the agency’s history, the FBI Seattle field office said at the time that  it was time to focus on other cases.

The agency said it would preserve evidence from the case at its Washington, D.C., headquarters, but it doesn’t want further tips unless people find parachutes or Cooper’s money.

In 1971 — the night before Thanksgiving -- a man calling himself Dan Cooper, wearing a black tie and a suit, boarded a Seattle-bound Boeing 727 in Oregon and told a flight attendant he had a bomb in a briefcase. He gave her a note demanding ransom.

After the plane landed he released the 36 passengers in exchange for $200,000 in ransom money and parachutes. The ransom was paid in $20 bills.

Nine years later a boy found a rotting package full of $20 bills near the Columbia River on the same border. The $5,800 matched the ransom money serial numbers.

The FBI has never ruled out the possibility that the hijacker was killed in the jump -- which took place in a rainstorm at night, in rough wooded terrain. The hijacker's clothing and footwear were also unsuitable for a rough landing.

Over the years the most lasting image of Cooper, who became somewhat of a legend, may be the two sketches the FBI released of the suspect.

Colbert, who maintains a website, DBCooper.com, and his team of investigators believe D.B Cooper is Robert Rackstraw, a 73-year-old Army veteran from San Diego with a prior criminal record and had parachute training.

Investigators questioned Rackstraw about the D.B. Cooper case in 1978 and eliminated him as a suspect. Rackstraw has repeatedly denied any involvement in the caper.

The 40th anniversary of the case in 2011 brought a wave of attention. An Oklahoma woman told the FBI about a late uncle who showed up to Thanksgiving dinner in Oregon that year with serious injuries.

A team that included a paleontologist from Seattle’s Burke Museum announced that particles of pure titanium found in the hijacker’s clip-on tie suggest he worked in the chemical industry or at a company that manufactured titanium.

A book that year, “Skyjack: The Hunt for D.B. Cooper,” by Geoffrey Gray, posited several theories, including that Cooper might have been a transgender mechanic from Washington state.

The most promising leads in recent years have come from amateurs, Gray said — including a notion put forth by a scientific illustrator at the University of Chicago that Cooper might have taken his persona from a French comic called “Dan Cooper,” a series about a test pilot in the Royal Canadian Air Force.

“The fascination with Cooper has survived not because of the FBI investigation, but because he was able to do something that not only captured the public imagination, but also maintained a sense of mystery in the world,” Gray said.