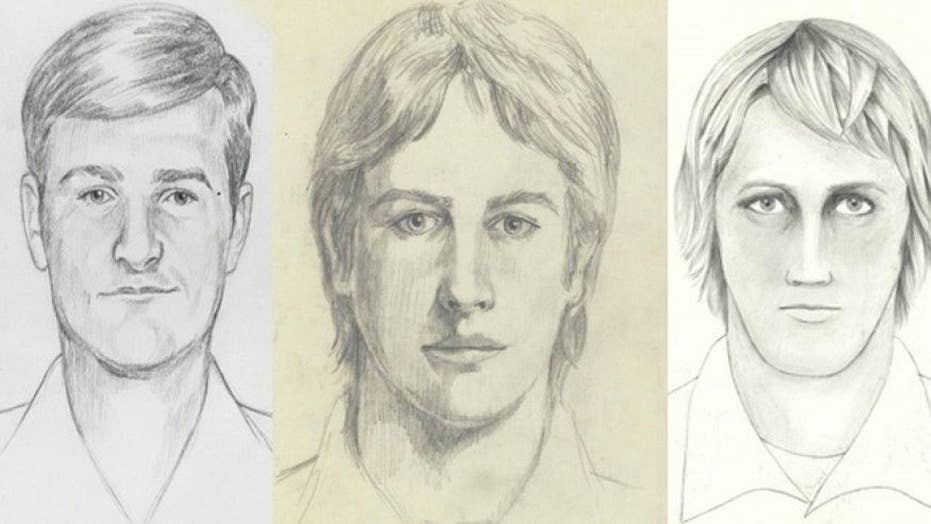 The FBI on Wednesday called for the public's help in nabbing the state's "most prolific serial killer," who committed at least 12 homicides, 45 rapes and dozens of burglaries across the state in the 1970s and 1980s.

The FBI and Sacramento County officials announced a $50,000 reward for information leading to the arrest and conviction of the man known as the "East Area Rapist" and "Golden State Killer" who has eluded authorities for 40 years.

At a press conference Wednesday in Sacramento, authorities called him the "most prolific" serial killer in the state's history.

The unknown man -- who authorities say is between 60 and 75 years old today -- began his brutal crime spree in the summer of 1976 by breaking into homes in Rancho Cordova and Carmichael, California, both suburbs of Sacramento.

The suspect -- described as a white male and approximately 5"10 with blonde hair -- would enter the homes by prying open a window or door while his victims slept. Once inside, authorities said the man would tie up couples and rape his female victim before taking small items from the home -- including coins, cash, identification and jewelry. Some victims reported receiving telephone calls from the suspect after the crimes.

Authorities said Monday the man mainly targeted single women -- many with children -- and young couples. His female victims ranged in age from 13 to 41, and he would often bring his own bindings with him, like shoe laces, officials said.

In 1978, his crimes turned deadly. The man shot and killed a young Sacramento couple, Brian and Katie Maggiore, while they were walking their dog in Rancho Cordova. Evidence left at the scene pointed to the East Area Rapist, officials said. After the murder, the suspect committed rapes in Stockton, Modesto, Davis, and the East Bay Area of California.

Between 1979 and 1981, he raped and murdered several people, including couples, in Southern California, according to the FBI. These victims were tied up in the same manner as the Sacramento area rapes and their homes were also ransacked.

After July of 1981, no additional incidents related to the East Coast Rapist and Golden State Killer were reported until the rape and murder of 18-year-old Janelle Lisa Cruz in Irvine, Calif., in May of 1986.

Cruz's murder was the last known crime related to the Golden State Killer.

Authorities also said Monday that the unknown man may have had an interest or training in military or law enforcement techniques as he was familiar and proficient with firearms.

The digital media campaign launched Wednesday includes a webpage as well as digital billboards throughout the country.