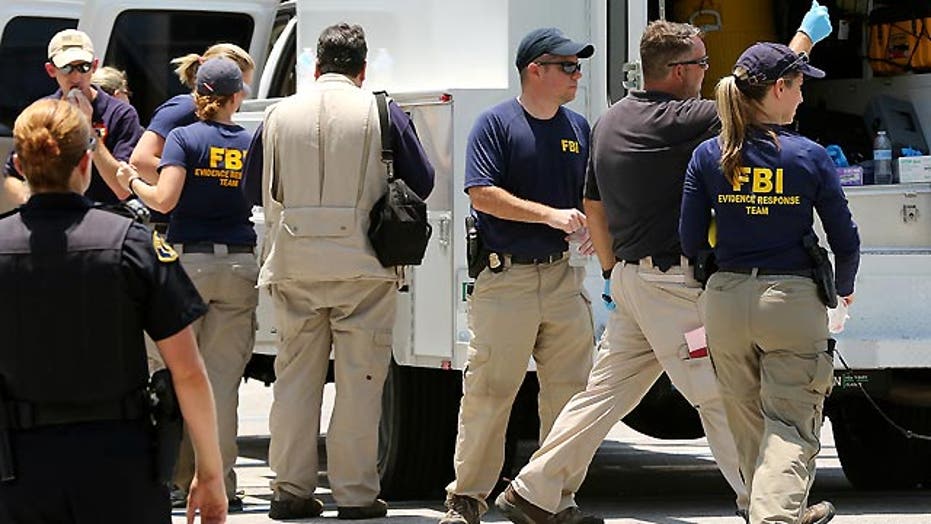 MIAMI – A man described by the FBI as an Islamic State sympathizer who hoped to mount attacks on U.S. soil was charged Tuesday with plotting to detonate a nail-filled backpack bomb on a Florida beach.

A criminal complaint unsealed Tuesday charges 23-year-old Harlem Suarez of Key West with attempting to use a weapon of mass destruction in the U.S. Authorities say Suarez came to the FBI's attention through his Facebook posts praising the Islamic State group and containing extremist rhetoric.

In April, Suarez allegedly posted, "Be a warrior, learn how to cut your enemies head and then burn down the body learn how to be the new future of the world Caliphate" — a reference the Islamic State goal of building a regional fundamentalist entity.

The FBI says he later added a request "from any brother. How to make a bomb send me a video or something, what do I need to make it."

Suarez made his first court appearance Tuesday in Miami and was being held without bail. It wasn't immediately clear if he had a lawyer.

The complaint says Suarez told an FBI informant he wanted to make a timer bomb, bury it on a Key West beach and detonate it remotely. Suarez was arrested Monday after taking possession of an inert explosive device provided by an FBI informant. Suarez had given the informant some bomb supplies, including two boxes of galvanized nails, the backpack and a cellphone to be used as a detonator, according to the complaint.

"I can go to the beach at the night time, put the thing in the sand, cover it up, so the next day I just call and the thing is gonna, is gonna make, a real hard noise from nowhere," Suarez told an FBI source in a recorded call, according to the complaint.

Suarez was being monitored for months by U.S. authorities and never made an actual explosive, and there was no indication in the FBI complaint that he had contact with any Islamic State militants overseas. Still, Miami's FBI special agent in charge, George Piro, said the alleged threats had to be taken seriously.

"There is no room for failure when it comes to investigating the potential use of a weapon of mass destruction," Piro said.

Among other things, the FBI says Suarez also sought to make an Islamic State recruitment video using a script he wrote himself. It eventually was made under FBI surveillance at a motel in Homestead, according to the complaint, with Suarez dressed in a black tactical vest, black shirt, mask and yellow-and-black scarf.

"American soil is the past, we will destroy America and divide it in two, we will rais(e) our black flag on top of your white house and any president on duty (cut head)," Suarez says in a script for the video.

The FBI says Suarez also ordered an AK-47 assault rifle on the Internet and intended to have it delivered to a Key West pawn shop. Although he could legally purchase the weapon, the FBI says, Suarez incorrectly filled out paperwork and it was returned to the seller.

Several dozen people have been charged in the U.S. with attempting to fight alongside the Islamic State and other militants or with lending them material support.