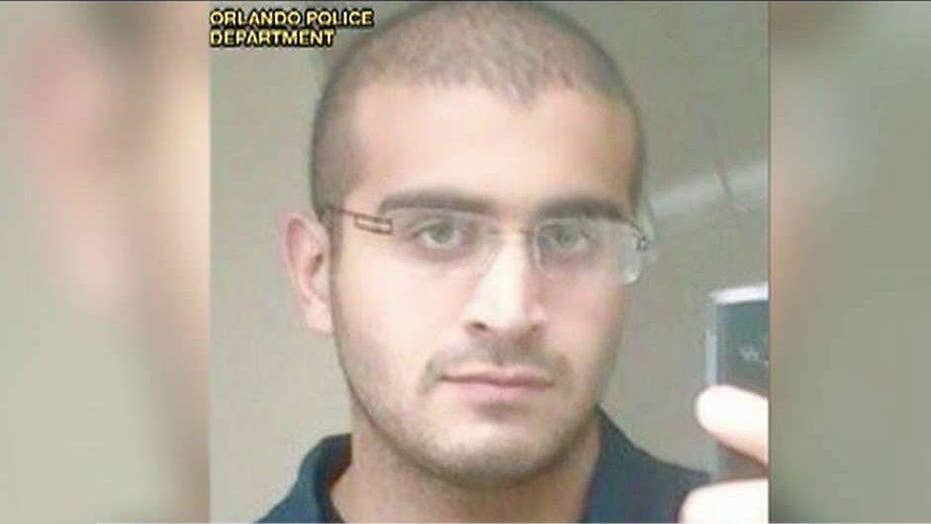 Under pressure from Republican leaders, the Justice Department on Monday afternoon reversed itself and released a full, uncensored transcript of the Orlando terrorist's 911 call on the night of the massacre, calling the morning’s furor over omissions in the document “an unnecessary distraction.”

An earlier version of the transcript had deleted the word “Islamic State” and the name of ISIS leader “Abu Bakr al-Baghdadi.” Omar Mateen made the 50-second 911 call in which he claimed responsibility for the terror attack and pledged allegiance to Islamic State's leader at 2:35 a.m. The call came just over a half hour into the June 12 slaughter at gay nightclub Pulse.

“I pledge allegiance to Abu Bakr al-Baghdadi may God protect him [in Arabic], on behalf of the Islamic State,” Mateen says on the new transcript.

The old version had several words scrubbed and read: "I pledge allegiance to [omitted] may God protect him [in Arabic], on behalf of [omitted]."

House Speaker Paul Ryan, R-Wis., called the earlier decision by DOJ and the FBI to release only a partial transcript "preposterous."

"We know the shooter was a radical Islamist extremist inspired by ISIS," Ryan said in a statement. "We also know he intentionally targeted the LGBT community. The administration should release the full, unredacted transcript so the public is clear-eyed about who did this, and why."

Deadliest Mass Shootings in the US | FindTheBest

"This is evil, this is ISIS. It's radical Islam," Scott told Fox News earlier Monday. "At some point, we lost 49 lives here and we lost a journalist who was beheaded by ISIS. We need a president that’s going to say I care about destroying ISIS."

Attorney General Loretta Lynch went on numerous Sunday talk shows with the news that the partial transcripts would be released on Monday, immediately generating controversy from not only elected officials, but media outlets. On Monday, the White House said the decision was made solely by the Justice Department.

The FBI and DOJ reversed the morning decision and released the full transcript in an afternoon news release.

"Unfortunately, the unreleased portions of the transcript that named the terrorist organizations and leaders have caused an unnecessary distraction from the hard work that the FBI and our law enforcement partners have been doing to investigate this heinous crime," the organizations said in a statement.

The only complete transcript released was of the 911 calls. Several calls made later to crisis negotiators were only released in summarized form with few direct quotes provided.

According to the Justice Department report, Mateen said twice during the 911 call and at least once during later negotiations that he pledged ISIS or al-Baghdadi. Investigators said he spoke to negotiators in three different calls at 2:48 a.m., 3:03 a.m. and 3:24 a.m. The longest call was the second at 16 minutes. The third call, at three minutes, was the shortest. The first call lasted nine minutes.

"As the killer made these statements, he did so in a chilling, calm and deliberate manner," Assistant Special Agent in Charge Ron Hopper said during a Monday morning news conference.

During one call, Mateen told negotiators that the U.S. should stop bombing Syria and Iraq -- the countries with regions that comprise ISIS' so-called caliphate. He said the bombings were why he was "out here right now."

The calls with crisis negotiators may explain why officials waited three hours -- until 5:14 a.m. -- before ramming a hole in the side of the club to free hostages and engage Mateen in a final, deadly fight. During those three hours, Mateen was holed up in a bathroom with several hostages, though authorities have said no gun shots were fired during this period. Mateen later died during a shootout with police.

Despite claims by the administration and law enforcement officials that ISIS did not direct Mateen to carry out the attack, Defense Secretary Ash Carter on Monday used the massacre as an example of why the terror group must be defeated.

“Orlando further steels our resolve to carry out all aspects of our coalition military campaign plan," Carter said at a conference organized by the Center for a New American Security, a Washington think tank. "First, destroying ISIL's parent tumor in Iraq and Syria, which is necessary, but not sufficient; second, combating ISIL's metastases worldwide wherever it appears; and third helping protect the homeland."