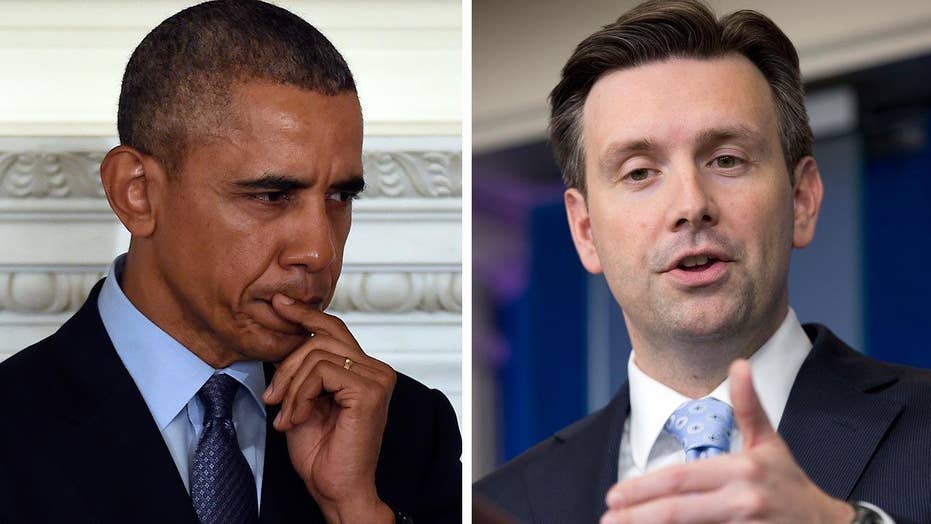 Is admin running out the clock in its fight against ISIS?

FBI Director James Comey said Wednesday the power of the Islamic State’s brand is dwindling in the U.S. as fewer Americans are traveling to fight alongside the extremist group in the Middle East.

Comey said the FBI encountered between 6 and 10 Americans a month in 2014 and the first half of 2015 who traveled to the Middle East or tried to go there to join ISIS. However, that number has dwindled down to one per month since last summer in a sustaining downward trend, he said.

"There's no doubt that something has happened that is lasting, in terms of the attractiveness of the nightmare which is the Islamic State to people from the United States," he told reporters during a wide-ranging round-table discussion Wednesday.

Comey didn’t specify why there was a downturn, but federal authorities have worked aggressively in the last year to identify and intercept Americans who wanted to reach Syria. Another possibility is that ISIS has encouraged more of its followers to carry out attacks at home.

The FBI chief did acknowledge Wednesday that the group’s ability to inspire “troubled souls” remains a persistent concern. The FBI still has "north of 1,000" cases in which agents are trying to evaluate a subject's level of radicalization and potential for violence.

"There's still a presence online, and troubled people are still turning to this and at least being interested in it," Comey said. "But they've lost their ability to attract people to their caliphate from the United States in a material way."

ISIS Suspects by State in the United States | InsideGov

Comey said that encrypted messaging apps like Facebook’s WhatsApp and Telegram have hindered some of their efforts to catch radicalized individuals. The FBI director called the technology a “huge feature of terrorist tradecraft.”

Facebook announced last month that WhatsApp will have end-to-end encryption in which the sender and receiver can only read messages.

Federal authorities are also having increased difficulty in unlocking phones used by criminals, including terrorists. Comey said investigators have been able to unlock around 500 of the 4,000 devices the FBI has examined in the first six months of the fiscal year – which started on Oct. 1.

“I expect that number just to grow as the prevalence of the technology grows with newer models,” he added.

After a review of the evidence, the FBI has concluded that the San Bernardino, California attack that killed 14 people in December was inspired by the Islamic State, he said.

The FBI went to court to force Apple Inc. to help it open a locked iPhone used by one of the attackers, Syed Farook, who along with his wife, Tashfeen Malik, died in a gun battle with police.

A federal magistrate granted that request in February, but the court fight ended weeks later when a still unidentified third-party came forward with a solution to access the device. Though Comey would not reveal what if any evidence was gleaned from Farook's phone, he said he was glad the FBI had gotten into the phone and that the effort was important.

The FBI last month said it did not have enough technical information about the tool that was used to get into the device to be able share the details with Apple — an assertion some outside technology specialists found curious given that Comey has hinted that the FBI paid more than $1 million for it.

But Comey said Wednesday that the FBI acquired only what was necessary to get into the one particular phone — and nothing more.

"Sometimes you can buy a tool that helps you accomplish something. Sometimes you can buy the guts of a tool, the software behind it, the code behind it — and there's a difference between those two things," he said. "The goal in San Bernardino was to investigate that case and to get into that phone, so we bought what was necessary to get into that phone — and we tried not to spend more money than we needed to spend."

He said he was not aware of another case in which the FBI had used the same workaround, but that the agency was trying to figure out a way in which it could be shared with other law enforcement agencies with valid court orders.