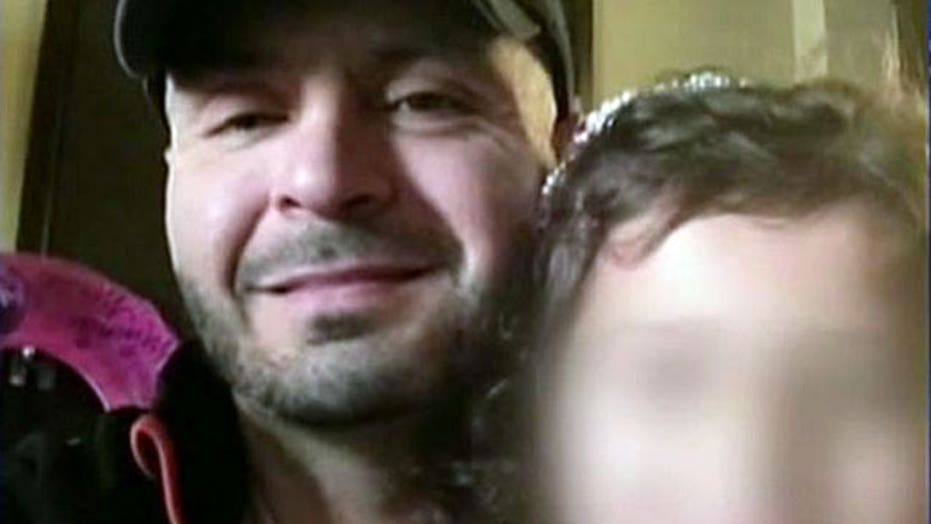 It has taken years to get to this point. Robert Manzanares just spent the weekend with his biological daughter, Kaia, who was secretly placed for adoption in Utah, without his consent. The same day Kaia was handed off to him for their visit, he filed Notice of Appeal as part of his six-year legal quest to get custody of her.

Manzanares, who has been fighting in Utah and Colorado courts for his daughter Kaia, is the first man to have some success against Utah's fraud immunity statute, which says even if it is proven someone lied during an adoption, it cannot be overturned.

The Utah Supreme Court found fraud so extreme in his case, the adoption was dismissed. Manzanares says justices "...really threw the book at the family, the attorneys and the mother and said we can no longer accept this fraud in Utah which is written into their adoption code."

Kaia's birth mother left Colorado while pregnant, with the claim she was going to visit a sick relative. She gave birth in Utah in 2008 without Manzanares' knowledge.

Manzanares says Kaia's mother simultaneously worked the court systems of both states. "It was not known to us, but 15 minutes prior to the 9 o'clock court hearing in Colorado, she had signed away her rights. My daughter had been born three days earlier, prematurely, and she was signing away her rights to my daughter."  He later learned the truth when a coworker alerted him Kaia's birth mom had returned to work, no longer pregnant.

Manzanares' legal saga did not end at the Utah Supreme Court. He was then sent back to Colorado to resolve custody. There, he had filed a paternity petition before the birth. The judge in Denver awarded joint custody, but decided the adoptive parents are "psychological parents" because their home is the only home Kaia has known.

Her adoptive parents knew otherwise from the very beginning, says Manzanares, "This family knew I existed... They knew about my paternity action.  All the attorneys that have represented them have known about me wanting to fight and be a part of my daughter's life, so they've known from Day One that I was going to fight for my daughter and wanted to be a part of her life."

Manzanares has undergone reunification therapy with Kaia, but she remains in Utah with her adoptive parents while his appeal for full custody plays out. He considers the decision of psychological parents to be "a very dangerous term" and he is appealing because of the precedent it could set.

When asked, he estimates he has spent $500,000 on attorneys' fees and travel costs. Now he is facing another court process, which could take months or years.

"I want her [Kaia] to come live with me and be raised by her real parent. And I do have heart for the adopted family.  I do want them to play a role in her life." Kaia's biological mother had a different view, Manzanares says. "She actually had told me on a couple of occasions this was only a business to her and that we weren't parents of this child and that the only way she could get back into her church was to get this child to a two-parent home."

Fox News recently traveled to an adoption conference organized by the Utah Adoption Council, which has members who have had an active role molding the state's adoption laws over the years. When asked about the controversy surrounding adoptions, conference speaker Tamra Hyde expressed support for keeping the state Adoption Act intact, "...it's a good law and this law has served thousands of families, birth parents and children and it hasn't gone well for a minutia of people, for a small amount of people."

Hyde, a birth mother who did not place her child in secret, also stated, "... it's hard for me to fault a woman for lying for the best interest of her child... I can't in all confidence say I wouldn't ever lie if I thought it was the best thing for my child."

Jessalynn Bills Speight, who presented a session on "Stereotypes and the Media" at the conference, thinks birth mothers should have more say in the process. She does not see a huge problem with the law and it is okay for the state to be birth mother friendly. "They're not the ones walking around with a Scarlet Letter. They get to go still hang out with their buddies, while we're throwing up over a toilet."

Adam Pertman is author of "Adoption Nation" and president of The Donaldson Adoption Institute. He says Utah has become a haven and "... people should be learning that Utah's laws relating to adoption could probably use some fixing."  He adds a lot of people think a good adoption is a fast adoption, but a good adoption actually means everyone is treated ethically, with everybody's rights taken into consideration.

Former Gov. Mike Leavitt, a Republican, signed the original legislation with the fraud clause 19 years ago. In a statement to Fox News, he says in part,  "As with most laws, all of the ways in which it has played out may not have been anticipated at the time.  If the legislature concludes the application of law has become imbalanced among the complex interests these matters must consider, they should take action."

Lawmakers did introduce some proposals with mixed success in the most recent legislative session. A guideline for birth moms to live in the state for 90 days was signed into law, while other efforts stalled.

Wes Hutchins, president of the Utah Council for Ethical Adoption Practices (UCEAP), predicts problems will continue until fraud immunity is taken off the books, "...that just creates an environment that incentivises people to... be less than truthful and less than ethical, in not only their decision to place for adoption, but those working with them...".