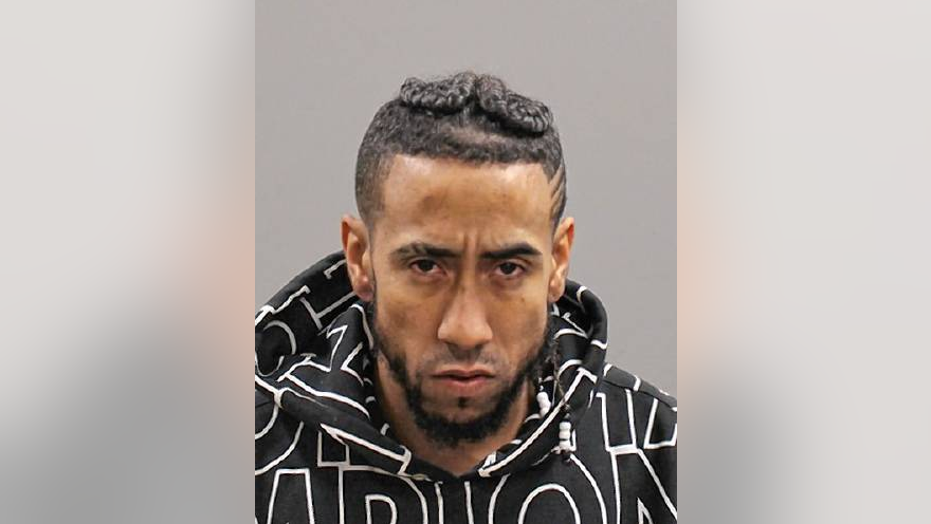 A Massachusetts father was arrested and charged Friday after his 5-year-old son allegedly brought a bag of heroin to kindergarten and told his teacher he turns into Spider-Man when he tastes it.

Benny Garcia, 29, pleaded not guilty to charges of drug possession and reckless endangerment of a child.

The boy showed off a plastic bag stamped with the image of Spider-Man that contained a powdery substance, Hampden County Assistant District Attorney Matthew Green said in court, according to the Daily Hampshire Gazette. The boy told his teacher that he turns into the superhero when he tastes the powder. The boy also allegedly said he got the bag from the living room of his home.

Holyoke police officers were called to the school around 11 a.m. Thursday. The boy was taken to a local hospital and later released. Police contacted the boy's mother, who gave permission for police to search her apartment. There they found Garcia sleeping on a bed with other bags of white powder underneath him. As he was handcuffed, other bags fell from his body, according to police.

Court documents stated that police found over 200 bags of heroin and cocaine on Garcia. When officers told Garcia about the situation with his son at school, he reportedly became “very emotional.”

The boy and another infant from the family were taken into state custody.

Garcia will be held without bail until his hearing scheduled for Nov. 20.

“He loves Spider-Man,” Holyoke Police Lt. James Albert said of the boy. “Our officers were quite taken by it all. You don’t often deal with this.”