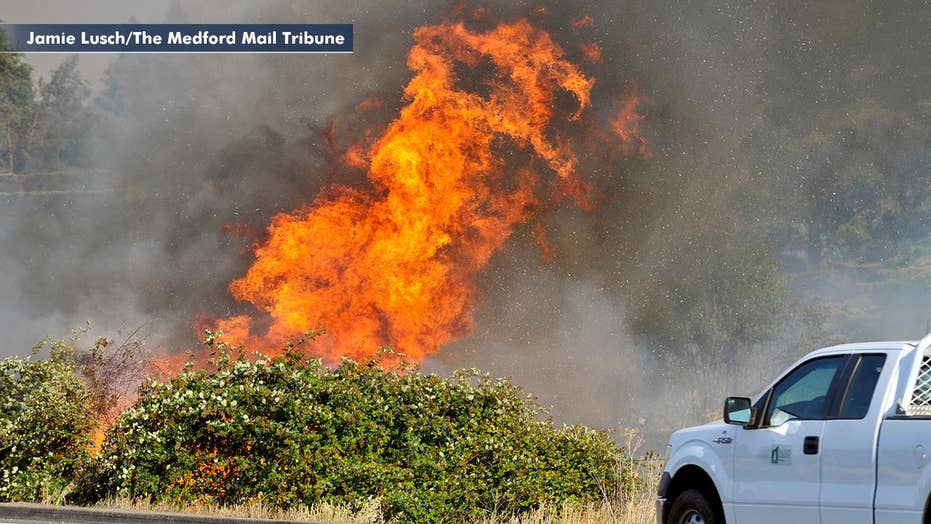 There's smoke rising from just about every corner of southern Oregon with 160 fires just in the state alone.

A tractor operator was found dead in Oregon on Wednesday as wildfires continued to burn in The Dalles area.

Wasco County deputies were alerted to the body around 1:30 p.m., which was found next to a burned tractor, Fox 12 reported.

Investigators reportedly believe the operator was trying to create a fire line to subdue the Substation fire, which began to burn out of control Tuesday night.

The victim's name was not immediately released.

The governor warned that residents "should be prepared for an intense wildfire season this year ... given drought conditions and hotter than usual temperatures."

Residents of Wasco County were ordered to evacuate Tuesday night, while additional evacuations were ordered for Sherman County on Wednesday. One home has been destroyed in the blaze.