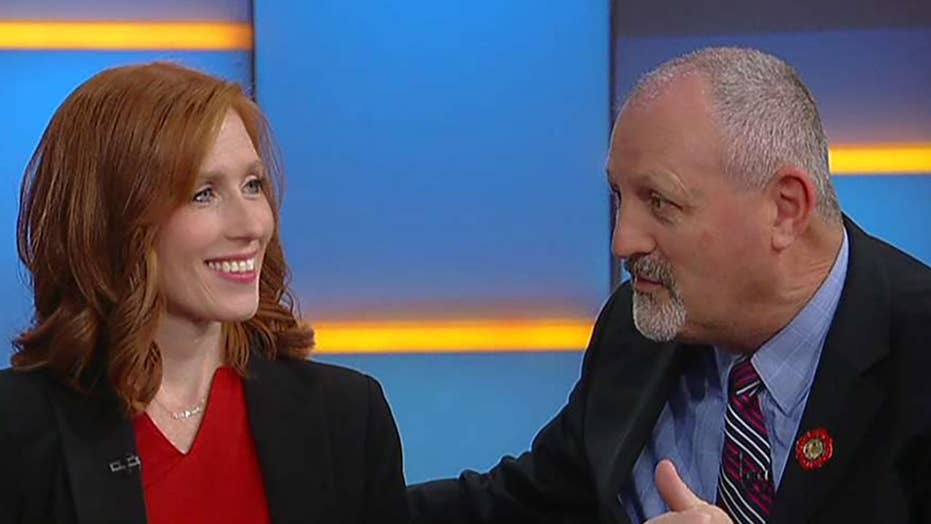 The family of a Utah Army National Guard major who was killed in Afghanistan last month received an early Christmas present when a charity honoring a firefighter who died in the 9/11 attacks paid off their mortgage.

"It's the least we could do [for you] as a country and from the Tunnel to Towers Foundation. Merry Christmas," said Siller, who added: "This is paid off in full, It's done, it's finished, you never have to worry about it again."

Brent Taylor, who was also the mayor of North Ogden, Utah, was killed Nov. 3 in an insider attack in Afghanistan's capital, Kabul. The 39-year-old was on his fourth tour of duty and is survived by Jennie and the couple's seven children.

"Brent is a man that’s larger than life, especially now that we’ve lost him," Jennie said. "A man who loves his country, loves his family and above all, loves his God. I’m a Gold Star wife, which I never expected to be, but I’m a very proud Army wife. I really am."

Jennie Taylor said having the mortgage paid off would remove a heavy burden from her family.

"I stay home with our seven children and that’s where I want to be," she said. "I don’t want them to lose him to war and then all of a sudden I have to go work a couple of jobs to try to make ends meet, so this is just unbelievable."

The Tunnel to Towers Foundation was founded in honor of New York City firefighter Peter Siller, who ran through the closed Brooklyn Battery Tunnel to render aid at the site of the Twin Towers, where he died. The foundation holds an annual 5K run that retraces Peter Siller's final steps to the World Trade Center site.