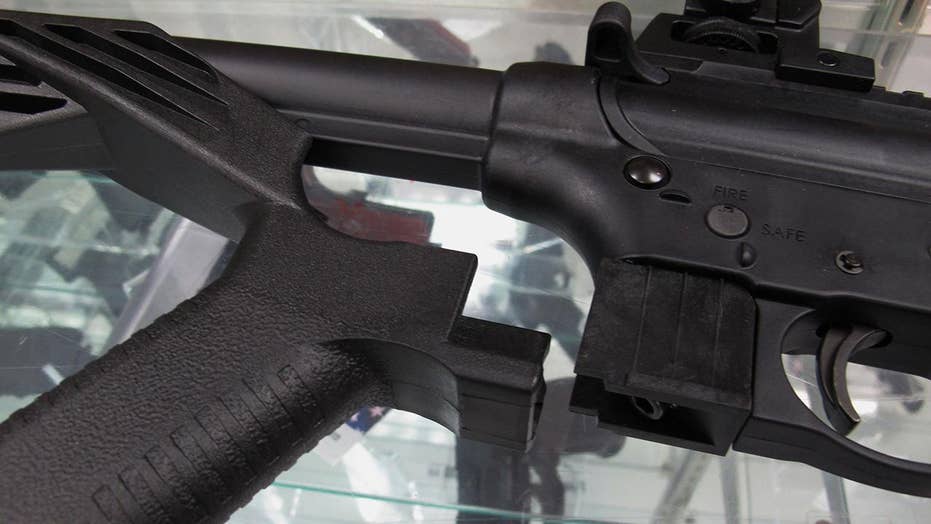 Catherine Herridge has the details for 'Special Report.'

The family of Stephen Paddock, the man responsible for the shooting spree that killed 59 people and injured more than 515 others on Sunday night in Las Vegas, released a statement expressing their “shock” and “devastation” over the deaths.

The statement was released Tuesday evening “from the family of Eric Paddock,” the shooter’s brother.

They said that they, “like everyone,” are learning the details of what happened only as they are released by authorities.

“There are no words to describe the sadness we feel for those who lost their lives in this tragic event,” the statement said. “Please know that you are in our prayers and that our hearts are heavy for the families who have been left brokenhearted and without answers.

“Like everyone, we are learning the details about what happened as they come out. There is just no way to express our shock, devastation and sorrow for all the victims, and their families’ unimaginable loss,” the statement said.

Late Sunday evening, Stephen Paddock, 64, fired a stream of bullets down at a crowd of approximately 22,000 people attending the Route 91 Harvest Festival. Paddock shot hundreds of people from his 32nd floor suite in the Mandalay Bay Resort and Casino before ultimately turning a gun on himself prior to police reaching him.

Stephen Paddock killed at least 58 people and injured more than 515 in Sunday's attack before killing himself.

Law enforcement officials are still working to determine a motive for the shooter but evidence suggests it was a highly planned event, they said at a news conference Tuesday.

The weapons Paddock used, as well as the fact that he installed a number of hidden cameras inside and outside his hotel room, indicated that the attack was deliberate.

“This individual was premeditated … obviously premeditated,” Clark County Sheriff Joseph Lomardo told reporters. “The fact that he had the type of weaponry and amount of weaponry in that room, it was preplanned extensively, and I’m pretty sure he evaluated everything that he did and his actions, which is troublesome.”