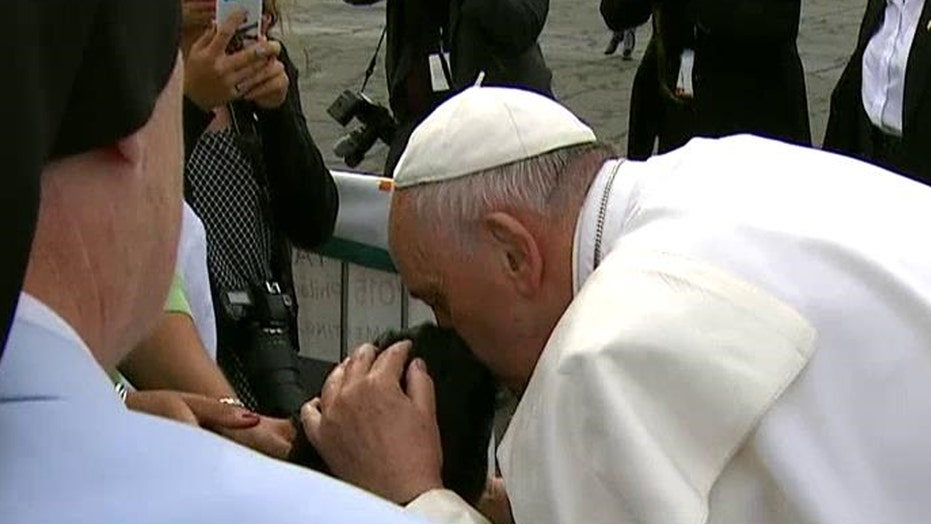 The family of a suburban Philadelphia boy with cerebral palsy, famously blessed by Pope Francis upon his arrival to the City of Brotherly Love, has received nearly $100,000 in support through crowdfunding.

The Washington Post reports the Keating family, in need of a new van, was urged by relatives to set up a donation page following 10-year-old Michael's newfound fame.

After word about the family spread, the donations climbed as high as $94,000 -- including a $50,000 pledge from Hollywood director J.J. Abrams and his wife.

Abrams, the director of the upcoming Star Wars film, says he was moved by the Keating family's "grace, strength and commitment to each other."