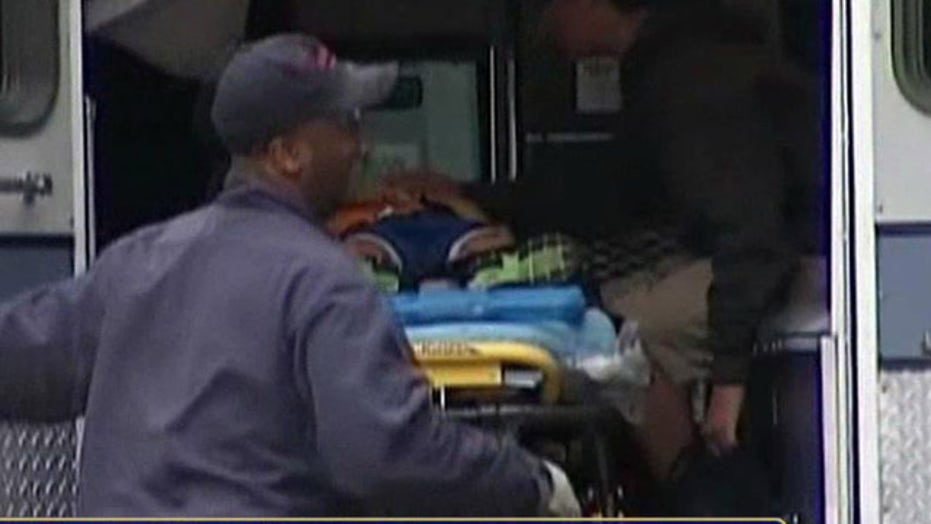 BIRMINGHAM, Ala. – A sign at the Birmingham airport fell on a family Friday, killing a 10-year boy and injuring other family members.

Deputy Coroner Derrick Perryman said 10-year-old Luke Bresette was pronounced dead at Children's of Alabama. Two other children were being treated there, and the mother, Heather Bresette, was taken to University Hospital, where spokeswoman Nicole Wyatt said she was in critical condition. The coroner's office and the hospital did not disclose the family's hometown.

Albert Osorio, 46, of Birmingham told al.com that he was close by when the sign fell. He said a loud boom was followed by screams from the family and witnesses. Then he and five other passers-by lifted off the sign.

"The whole thing flipped down on those kids. It took all of us here to stand it up," he said.

Airport spokeswoman Toni Herrera-Bast said officials aren't sure how the sign fell. She said it happened about 1:30 p.m. Friday in a pre-security area of the airport. The airport continued operating while rescue workers tended to the family.

The airport completed the first phase of a more than $201 million modernization effort and opened newly renovated concourses last week.

TSA officials say airport crews are checking all of the other flight information signs to make sure they are secure. The workers have also placed barricades around all of the flight signs to keep passengers from getting too close to them, MyFoxAl.com reported.

A spokesperson for the airport, Toni Herrera-Bast, said airport officials don't know why the board fell, but they will investigate the matter.

Herrera-Bast said the airport was never closed to the public during the incident and all flights are still going on as normal.

Birmingham's Mayor William Bell released a statement about the incident, saying he has offered the city's "full support to the Airport Authority as they investigate what has occurred this afternoon."

Mayor Bell said he has asked the public safety staff to "assist this family in their time of need in any way possible as they grapple with what has happened."