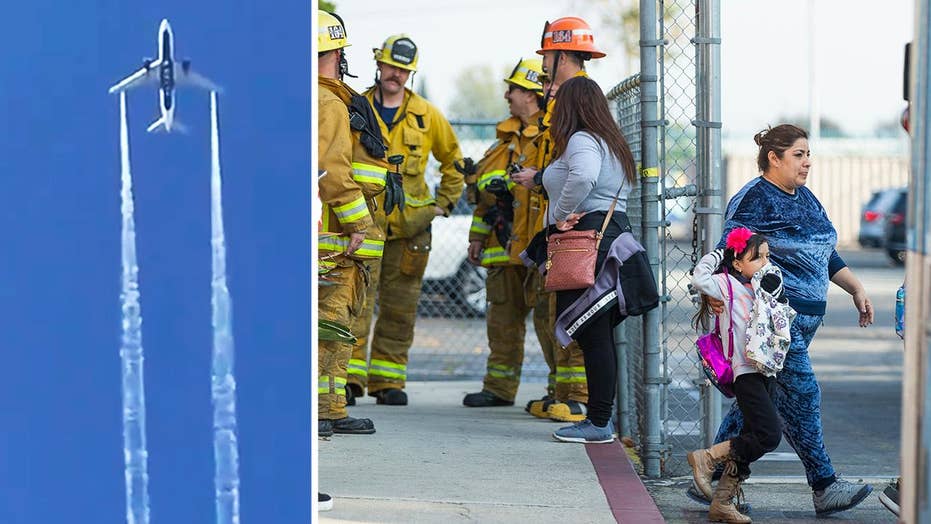 The Delta Air Lines pilots who dumped fuel over elementary schoolyards and neighborhoods in and around Los Angeles on Tuesday didn't inform air traffic control before they did so and failed to get rid of the fuel at a proper altitude, the Federal Aviation Administration (FAA) said.

The agency said Wednesday that dumping the fuel at an optimal altitude would have allowed it to "atomize properly" before it was dumped over scores of people on the ground. Air traffic controllers will typically direct planes to appropriate areas to dispose of the fuel.

"The FAA is continuing to investigate the circumstances behind this incident," the agency said.

More than 50 people were treated for skin and eye irritation after Shanghai-bound Delta Flight 89 released the fuel while returning to Los Angeles International Airport (LAX) shortly after takeoff because of a mechanical issue. The pilots dumped the fuel to reach a safe landing weight, the airline said in a statement.

Dozens of people on the ground were impacted but no injuries were reported, the Los Angeles County Fire Department said. The Boeing 777-200 landed safely at the airport.

The FAA said its procedures call for fuel to be dumped over designated unpopulated areas, typically at higher altitudes so it disperses before it reaches the ground. According to recorded radio communications, air traffic control asked the Delta crew if they wanted to return to LAX immediately or linger over the ocean “to hold and burn fuel.”

“We’re going to go ahead,” the pilot or copilot responded. “We’ve got it back under control. ... We’re not critical.”

“OK, so you don’t need to hold or dump fuel or anything like that?” the controller asked.

“Ah, negative,” was the response. But the plane dumped fuel anyway.

“I know that there are a lot of questions about the process that was followed and those kinds of things,” Dana Debel, Delta’s managing director of government affairs, said during a press conference Wednesday. “There is an ongoing investigation that was opened immediately after the flight landed back.”

The airline sent 13 cleaning crews to work with the Los Angeles Unified School District on Wednesday to clean the outside areas of the schools impacted by the incident, it said in a statement.