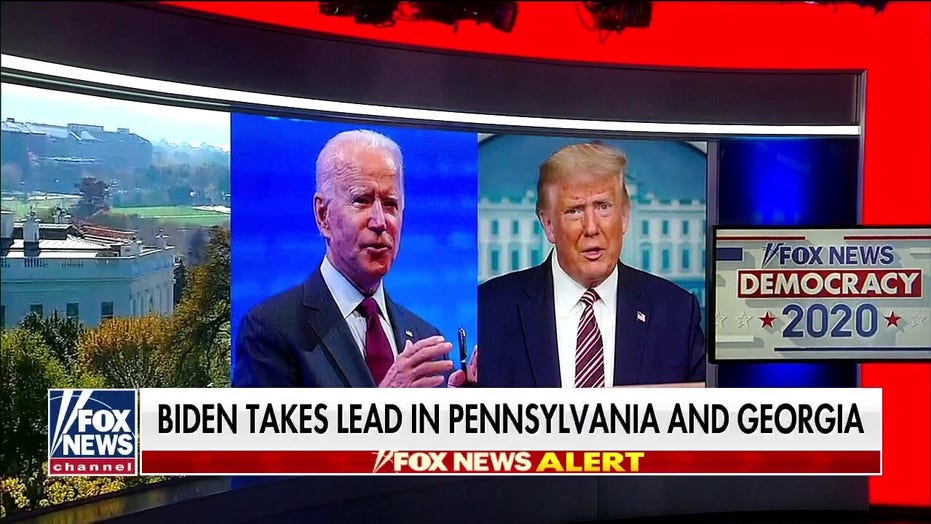 Fox News anchors Bret Baier, Bill Hemmer and Martha MacCallum weigh in on the state of the presidential election

The restriction appears to be one of a number of measures put in place over the weekend as ballots continue to be counted in the U.S. presidential election and no candidate has been declared a winner as of Friday morning.

The FAA released the advisement as a Notice To Airmen (NOTAM), according to the Independent.

The order expires Saturday, Nov. 7, at which point it remains unclear whether new restrictions would be put in place.

Pilots are not allowed to fly over the area, except in extraordinary circumstances, such as safety and emergency reasons.

On the FAA-recommended B4UFLY app, the area around Biden’s home appears as a “restricted airspace.” The app displays a red area about 1 mile in radius, with notices that “current advisories restrict flight operations in this area.”

The restrictions are likely precautionary following immediate unrest in the aftermath of Election Day.

IF TRUMP LOSES, HE WILL REGRET 'DENIGRATING MAIL-IN VOTING'; YORK

Protests and counterprotests have erupted in some cities, with Portland and Philadelphia, in particular, seeing activity. Portland protests forced emergency services to reroute to avoid demonstrators and their trail of damage through downtown.

The restriction is not unusual: Trump Tower and Mike Pence’s Indianapolis residence were put under similar restrictions following the 2016 presidential election, according to Airport-Technology.

Hilary Clinton and Tim Kaine each saw similar protections until the results made it clear that they had lost the election.

Fox News reached out to the FAA for a statement, which is pending. A similar restriction may be in place over Kamala Harris’ residence, but she is reportedly in Delaware at this time, according to Fox News' Peter Doocy.