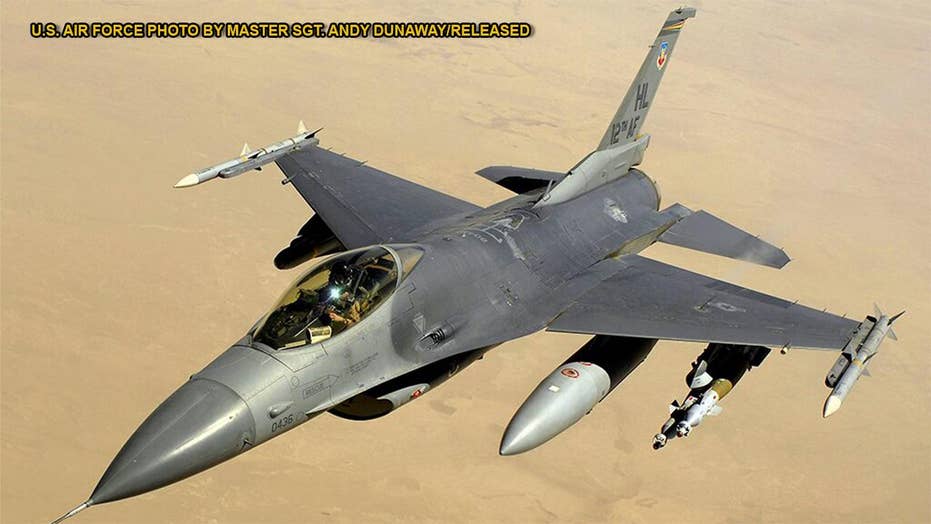 Jet Lease, a Palm Beach, Florida-based aircraft leasing and purchasing company, is offering the jet at an $8.5 million price tag. One of the most sought-after fighter jets, the U.S. Air Force sometimes sells older F-16s as it upgrades its inventory.

You don't see this every day.

The 1980 multirole fighter jet, which has an $8.5 million price tag, is being offered alongside two other F-16 Vipers, according to The Drive, an automotive website that also writes about defense topics.

This is not your average “used” fighter jet — the plane is a fully functioning combat aircraft and not demilitarized.

Jet Lease, a private aircraft leasing and purchasing company with offices around the globe, purchased the used aircraft from Jordan, which acquired dozens of secondhand F-16s from NATO allies Belgium and the Netherlands between 2008 and 2017, The Drive reported.

The 1980 F-16 listed online has been enhanced with modern upgrades, including being integrated for the Link 16 data network, GPS-controlled weapons, a Joint Helmet Mounted/Cueing System (JHMCS) and night-vision compatible helmets, a brochure on Jet Lease’s website explains.

Notably, the 1980 aircraft has been upgraded so that it can fly at least 8,000 hours, The Drive said, saying the warplane has logged about 6,000 hours.

US WILL ‘BEAR ALL CONSEQUENCES’ IF IT CLOSES $8B FIGHTER JET DEAL WITH TAIWAN, CHINA SAYS

But any new owner would not be able to jump in the plane and take off, as the secondhand jet is marketed to defense contractors, air service providers that run tests for the Pentagon and allied governments, per The Drive.

The purchaser of the F-16 will be required to comply with the International Traffic in Arms Regulations (ITARS), which implements the Arms Export Control Act (AECA) and is overseen by the State Department.

The F-16 is still one of the most sought-after fighter jets, and the U.S. Air Force sometimes sells older versions of its F-16s as it undergoes upgrades to its inventory. These secondhand surplus planes can be sold as Excess Defense Articles (EDAs).

There have been more than 4,600 F-16 fighter jets built to date. Lockheed Martin manufactures the jets, which were originally developed for the U.S. Air Force by General Dynamics, now a part of Lockheed.