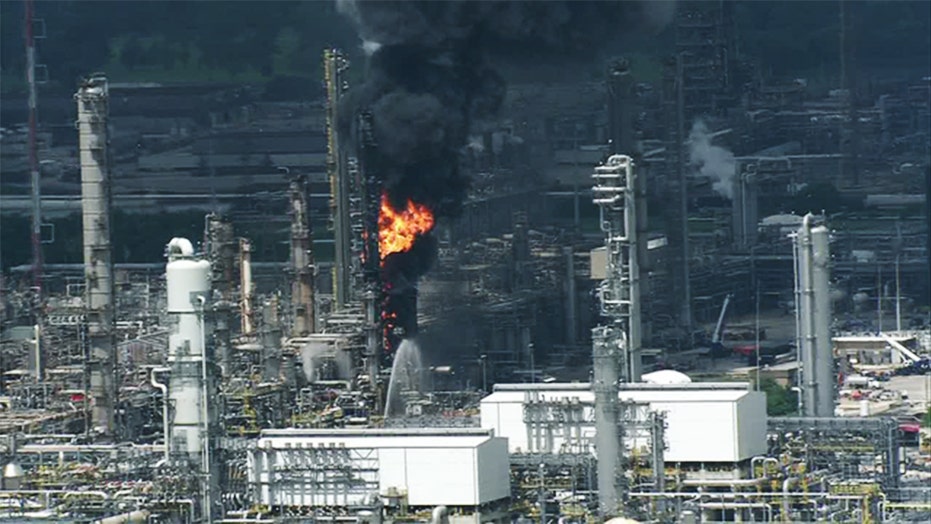 An explosion and fire at an Exxon Mobil oil refinery outside of Houston Wednesday left 37 people with minor burns, plant officials said.

Exxon Mobil Baytown Area said a unit processing propane and propylene burst into flames late Wednesday morning at the Olefins plant, forcing the city to issue a shelter-in-place order, according to Fox 26. Black smoke from the fire could be seen for miles. The explosion happened shortly after 11 a.m. and was contained by the afternoon.

"Our first priority remains the safety of people, including our employees, contractors and the community," Exxon Mobil Baytown Area said in a statement. "As a precaution, our industrial hygiene staff is conducting air quality monitoring at the site and at the fence line, and we are cooperating with regulatory agencies."

The company requested that some residents living west of the plant shelter in place as a precaution. At least two school districts in the area implemented shelter-in-place precautions for their summer activities, according to Fox 26.

Some workers have begun returning to the plant's entrance after evacuating and nonessential personnel were sent home for the day.

The plant produces ethylene, a highly flammable chemical used to make plastic and industrial products. According to records kept by the Environmental Protection Agency, the Olefins plant had 68 tons of ethylene on site in 2017. It is one of eight plants that Exxon agreed to retrofit with anti-pollution technology in a settlement with the U.S. government.

Wednesday's fire is the latest one to have taken place at Houston-area petrochemical facilities this year, including one at another facility on the Exxon Mobil Baytown complex.

On March 16, a fire erupted at a refinery on Exxon Mobil's Baytown complex. The fire was extinguished hours later, but Harris County officials say it continued to release toxic pollutants for eight more days. The county has sued Exxon Mobil, accusing the company of violating the federal Clean Air Act.