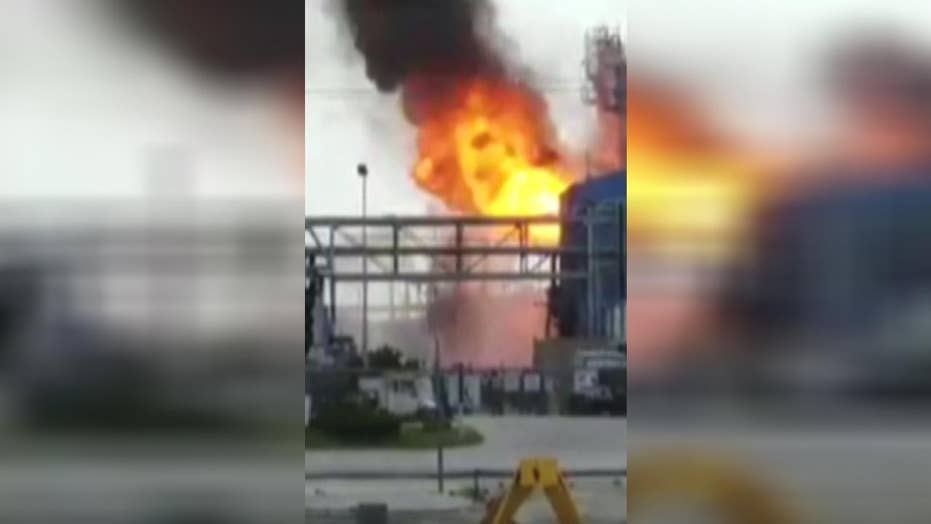 A fire and explosion occurred at a chemical manufacturing plant in Pasadena, Texas, on Saturday, local officials said.

The incident occurred at Kuraray America Eval, according to KHOU 11 News. The plant specializes in "chemical, fiber and resin production," according to the news station.

The company in a statement on Facebook said that six people at the plant were receiving treatment for non-life-threatening injuries and all onsite employees had been accounted for.

Kuraray officials confirmed "that a fire occurred at the company's EVAL facility in Pasadena, Texas," around 10:43 a.m. CT. They said the fire had been put out and there was "no threat to the surrounding area."

"At the time of the incident, approximately 250 employees and contract personnel were onsite. All have been accounted for," the statement said. "The company is fully cooperating with all local authorities and emergency response teams and will provide additional information as it becomes available and is confirmed."

Authorities earlier reported that 20 workers were injured and one was missing.

Sean Burnett, a spokesman for HCA Healthcare, told The Associated Press that seven people were treated for "non-critical" injuries at the company's two hospitals, including one who was treated and released.

In a statement posted to Facebook, the City of Pasadena Office of Emergency Management said there is “no danger to the public at this time,” but did confirm that a fire explosion occurred in the plant. In a follow-up message, authorities said the incident was "all clear."