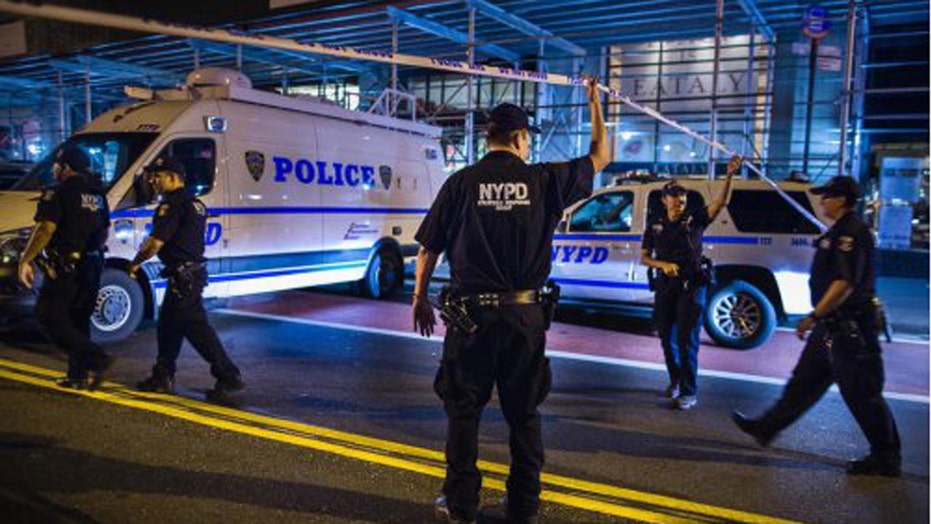 Did others know about the NY-NJ bombing suspect's plot?

A former Islamic extremist who now works to steer young Muslims away from militant groups told Fox News Tuesday night that U.S. authorities should have been concerned by the New York and New Jersey bomb suspect's recent trips to Pakistan.

Ahmad Rahami first visited the city of Quetta, a hotbed of support for the Taliban and other extremist groups, in 2011. He went there again two years later, remaining from April 2013 to March 2014.

"Quetta isn’t just a city you go and visit in Pakistan," Maajid Nawaz of the Quilliam Foundation told "The Kelly File." "It’s a war zone ... That in itself should have raised alarm bells for American authorities."

Rahami’s activities in Afghanistan and Pakistan are unknown, and authorities have said the excursions didn’t raise any red flags at the time.

Nawaz pointed out that Rahami was an ethnic Afghan while the Quetta area is populated by ethnic Balochs, making it unlikely that he had any family ties in the area.

"That is not normal behavior," Nawaz said of Rahami's visits. "It's incredibly unusual even for Pakistanis to go and visit Quetta."

Nawaz also said that he believed that Rahmani's wife, whom the suspect married overseas and brought back with him to the U.S., had at least some knowledge of the bomb plot.

"I think it’s almost impossible for close family members, especially spouses, to not notice anything," Nawaz said. "And all of the indications here point to awareness at least."

The Los Angeles Times reported Monday that Rahami's wife, who has not been publicly identified, was arrested in the United Arab Emirates days after leaving the U.S.

Nawaz added that terror groups such as ISIS will likely attempt more attacks as the November presidential election draws closer.

"ISIS in their chat forums [have] been suggesting that they would seek to influence the US elections," Nawaz said. "I think they would favor a Donald Trump win because it makes it makes it easier for them to radicalize others against America.

"I’m always wary of saying ‘ISIS wants this, so let’s not do it,'" Nawaz added. "But it is important for us to be aware that extremists are interested in being able to point to a head of state that they can clearly identify as being antagonistic to them, which then helps their narrative that they want to posit the West as being at war against Islam and Muslims."