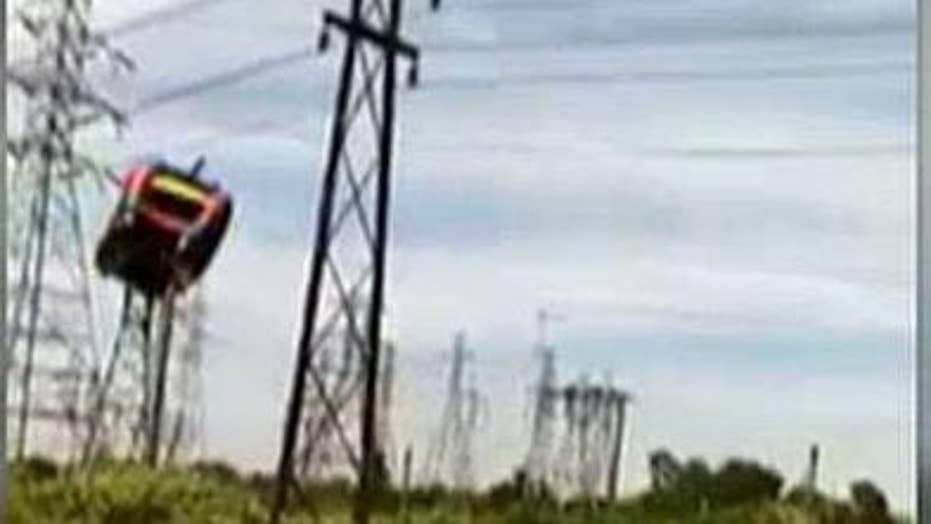 No children were inside when toy took flight

NIAGARA FALLS, N.Y. – No one was inside an inflatable bounce house when a strong wind gust sent it flying into a western New York electric power transmission tower during a child's birthday party.

A family in the city of Niagara Falls had gathered Saturday for a backyard party when a big gust of wind blew the bounce house high into the air, WIVB-TV in Buffalo reported.

Video taken on a cellphone shows the bounce house briefly hovering above the trees before it veers toward nearby power lines, where it crashed into the top of a tower and deflated.

A National Grid crew later removed the object from the tower.

Two years earlier to the day, three children were injured when strong winds lifted a bounce house off the ground in South Glens Falls in eastern New York.