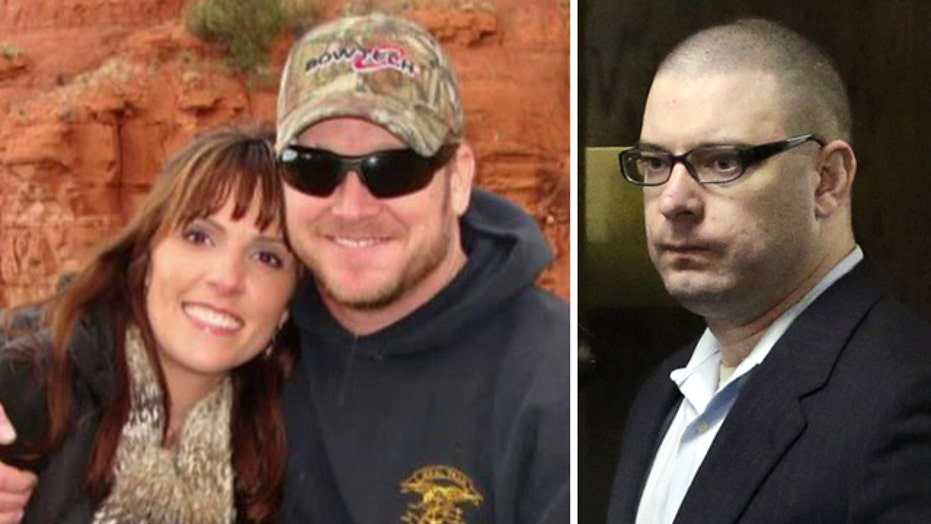 The widow of Chris Kyle, the former Navy SEAL depicted in the blockbuster film "American Sniper," testified Wednesday against the man charged with killing her husband.

Taya Kyle admitted to prosecutors that she was emotional and appeared to choke up when asked to name her deceased husband.

She talked about some of the difficulties Kyle had adjusting to life at home. She mentioned that he missed the brotherhood he experienced while serving in the military. She got emotional again when a prosecutor scrolled through old photos that showed Kyle hiding Easter Eggs and others in his uniform.

When the book, "American Sniper," came up, Taya said her husband had little interest in writing the project and put it off for years, but he knew someone else would write it if he did not.

Her testimony came after opening statements by Erath County District Attorney Alan Nash at the trial of Eddie Ray Routh. Nash said overwhelming evidence points to Routh as the killer of Kyle and his friend Chad Littlefield at a shooting range in February 2013.

Nash described the 27-year-old Routh as "a troubled young man" and said a history of mental illness should not absolve him of being accountable for the deaths.

"The evidence will show that mental illnesses, even the ones that this defendant may or may not have, don't deprive people from being good citizens, to know right from wrong," Nash said.

The case has drawn intense interest, largely because of Kyle's memoir about being a sniper who served four tours in Iraq. The Oscar-nominated film based on the book has grossed nearly $300 million.

Defense attorney Tim Moore didn't dispute that Routh accompanied the men to the shooting range but said he was insane, spiraling out of control from a history of mental illness and thought he needed to kill the two or they would turn on him.

Routh's psychosis was so transparent that Kyle and Littlefield became alarmed, Moore said. He read to jurors texts that he said the two men exchanged while driving with Routh in Kyle's pickup to the shooting range.

"This dude is straight up nuts," Kyle texted to Littlefield.

"He's (sitting) right behind me, watch my six," Littlefield texted back, using a military reference for watching one's back.

Moore told jurors that Routh was suffering from severe mental strain that day. "He thought he had to take their lives or he was in danger," he said.

The intense attention on the case has also brought renewed focus to the mental struggles former military members face.

Routh was a small arms technician who served in Iraq and was deployed to earthquake-ravaged Haiti before leaving the Marines in 2010. Authorities say that after the February 2013 shooting, Routh drove to his sister's house in Kyle's truck, admitted to the killings and told his sister "people were sucking his soul."

Routh faces life in prison without parole if convicted.