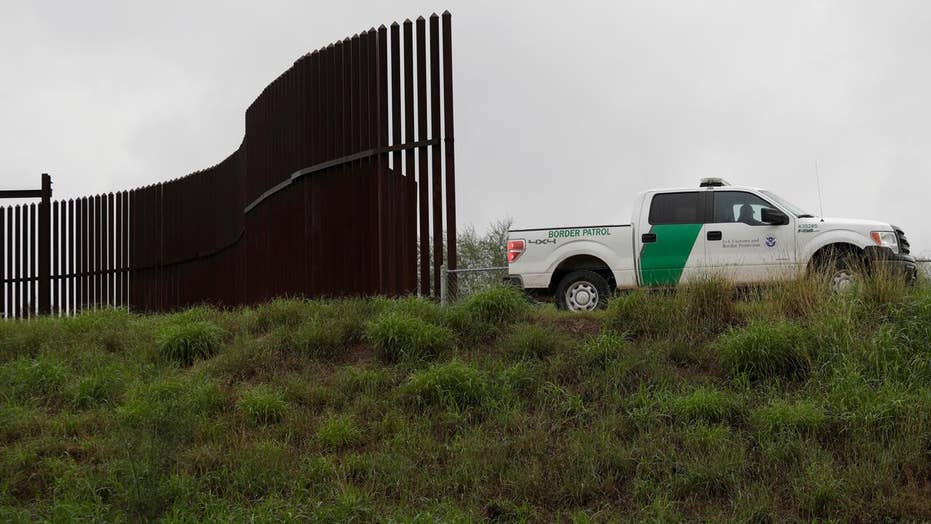 Every Supreme Court decision is important to the parties involved,
but only a handful have so much impact, and such a powerful story, that someone makes a movie about it.

And one such case is “Kelo v. City of New London,” on which "Little Pink House" — a dramatic recreation of the story behind the ruling — is based. "Kelo" caused widespread outrage when it was handed down in 2005, and as a cautionary tale about people being kicked out of their houses, it resonates to this day.

The case is about eminent domain—the government’s power to take private property for public use. But as Fox News legal analyst Judge Andrew Napolitano explains, while eminent domain was once used "for roads, highways, public parks and things of that nature," the "Kelo" case represented "a radical expansion of the public use requirement."

After "Kelo," politicians could take away land from one citizen and give it to another simply because the government believed the second would pay more taxes.

As Justice Sandra Day O’Connor put it in her dissent, "The specter of condemnation hangs over all property. Nothing is to prevent the State from replacing a Motel 6 with a Ritz-Carlton, any home with a shopping mall, or any farm with a factory.”

"The specter of condemnation hangs over all property. Nothing is to prevent the State from replacing a Motel 6 with a Ritz-Carlton, any home with a shopping mall, or any farm with a factory.”

Filmmaker Courtney Balaker read about the struggles of Susette Kelo and felt her story had to be told. Courtney and her husband and producing partner, Ted, met with Kelo to get her support and to hear what happened directly from the source.

As Balaker told Fox News, Susette Kelo "wanted to start a new phase of her life. She’d just raised five boys, they were all grown, she was leaving a bad marriage.  All she wanted to do was live the rest of her life in peace."

"She found a little dilapidated cottage on the Thames River in New London," Balaker explained. "She fixed it up with her bare hands, painted it pink, and looked forward to coming home every day and just looking out at the water."

Unfortunately for Kelo and her neighbors, the town wanted to build things like high-end condos and parking structures for the benefit of Pfizer, a drug company on the other side of the river. Pfizer had just invented Viagra and was looking to expand its facility.

So the government wanted Susette Kelo and her neighbors — many of whom were elderly and had never lived anywhere else —  to make way. And the city wouldn’t take no for an answer.

Kelo decided to fight city hall, all the way to the Supreme Court. It took years for her case to reach the highest court. Kelo lost 5-4.

And yet, Balaker reminds us, though the city kicked these people out of their homes, "nothing was ever built — to this day, it’s an empty lot."

"Little Pink House" has already played at numerous festivals and won several awards. "What really surprised me," said Balaker, is that "in almost every festival we played, one person would stand up and say 'This happened to me' or 'I know someone this happened to.' It’s way more common than I think a lot of people know."

Though Kelo lost her case, in some ways, she’s winning the war. Balaker explained "her neighborhood was bulldozed [but] it was such an outrageous decision....that several states changed their eminent domain laws so that this type of abuse couldn’t happen again."

Yet, as Judge Napolitano notes, even with these new laws, the government is still a force to be reckoned with. As he put it, "eminent domain is still used by municipalities to flip the property to private developers — they just have to come up with a rationale other than the 'Kelo' rationale.'"

One surprise in the story is which Supreme Court justices joined in the decision. As Balaker noted, "a lot of people I talk to assume that the justices against Susette were the conservatives, and they weren’t — it was the liberal justices who were against Susette. That really shocks people.”

Some were so angry at the decision that the town of Weare, New Hampshire came close to evicting “Kelo” supporter Justice David Souter from his farmhouse and replacing it with an inn.

The “Kelo” majority was made up of the four-person liberal bloc on the court, along with swing vote Justice Anthony Kennedy.

Which is why some hope, with Kennedy hinting he may soon retire, that his replacement would be a fifth vote to overturn "Kelo."

Judge Napolitano said that's a serious possibility, "if President Trump replaces Justice Kennedy with someone who thinks the way Justice Gorsuch—Trump’s first pick to the court--does, [a new eminent domain case] would clearly have a different outcome. Justice Gorsuch is a fierce defender of property rights."

"[If] President Trump replaces Justice Kennedy with someone who thinks the way Justice Gorsuch—Trump’s first pick to the court--does, [a new eminent domain case] would clearly have a different outcome. Justice Gorsuch is a fierce defender of property rights."

Trump himself, as a real estate developer, supported “Kelo” and spoke about it on the campaign trail. Balaker, who was shooting her film at the time, called it a surreal experience to suddenly have a leading presidential candidate turn eminent domain into a campaign issue.

“Little Pink House,” starring Oscar nominee Catherine Keener, opens this weekend at selected theaters.  It’s meant to entertain, but Balaker hopes it can also draw attention to the battle fought in “Kelo” and still being fought today. The film’s website, LittlePinkHouseMovie.com, not only tells about the film, but also explains how people can take action.

Balaker believes this is an issue almost everyone can agree on.  To her, this isn’t “liberals versus conservatives, it’s outsiders versus insiders.

Susette and her neighbors were the outsiders. They didn’t have power, they were the little guys. Politicians say ‘we stand for the little guy’ but oftentimes they don’t. In this case, they certainly didn’t.”

And while the movie may be coming soon to a theater near you, the problem of eminent domain abuse may already be there.  Ultimately, said Balaker, “there’s a little pink house in every state.”