Brett Tolman slams the 'devastating gap in the law' amid the pending release of one of Elizabeth Smart's captors Wanda Barzee.

Elizabeth Smart on Tuesday blasted the pending release of one of her captors, calling it “incomprehensible” and saying she was surprised and disappointed.

Wanda Barzee, convicted for her role in Smart’s kidnapping more than 16 years ago, will be released from a Utah prison next week after a surprise reversal by the state’s parole board.

The Utah Board of Pardons and Parole announced Tuesday that the 72-year-old would be released on Sept. 19 because the board had failed to give her credit for time served in federal prison.

The parole board previously denied Barzee an early release after declining to include her eight years in federal prison as time served on state charges.

“Upon further review and advice from legal counsel, the board must count time spent in federal custody toward Ms. Barzee’s state sentence,” Greg Johnson of the Utah board said in a letter. 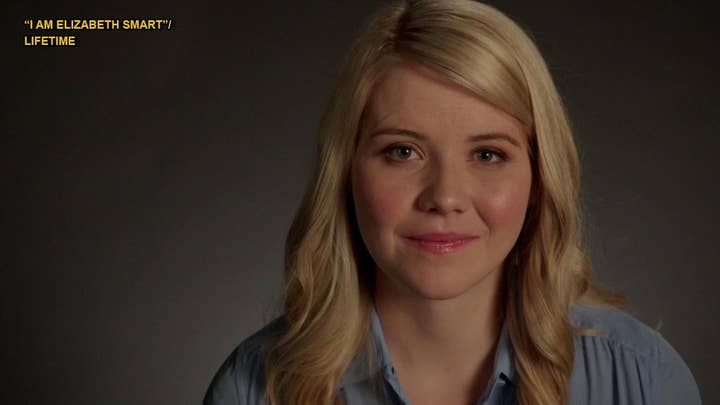 Smart, now 30, said in a statement that she was surprised and disappointed to learn of Barzee’s imminent release.

“It is incomprehensible how someone who has not cooperated with her mental health evaluations or risk assessments and someone who did not show up to her own parole hearing can be released into our community,” Smart said in a statement released just hours after the board decision was made public. “I am trying to understand how and why this is happened and exploring possible options.”

She said she would speak publically about Barzee’s release in the coming days, once she has “a better understanding.”

“I appreciate the support, love and concern that has already been expressed and will work diligently to address the issue of Barzee’s release as well as to ensure changes are made moving forward to ensure this doesn’t happen to anyone else in the future,” Smart added.

In June 2002, when she was just 14, Smart was kidnapped at knifepoint from her bedroom in Salt Lake City by Barzee and her husband, Brian Mitchell.

Smart was found nine months later while walking with Barzee and Mitchell on a street in the suburb of Sandy; people had recognized the couple from media reports.

The couple were arrested in 2003 and Barzee pleaded guilty in federal court in November 2009. Three months later, she pleaded guilty to state charges for attempted kidnapping in connection to a plot to kidnap Smart’s cousin about a month after Barzee and Mitchell nabbed Smart.

In May 2010, Barzee was sentenced to one to 15 years in state prison for aggravated kidnapping as a second-degree felony.

Barzee returned to Utah in 2016 after completing her federal sentence in Texas and began serving her Utah prison sentence.

In June, the parole board calculated her sentence would continue through January 2024, however that did not account for time served in federal prison.

Smart, now married with two children, has written a book about the harrowing ordeal and helped make a Lifetime movie and documentary about the crime and her life. She is now a child safety activist.