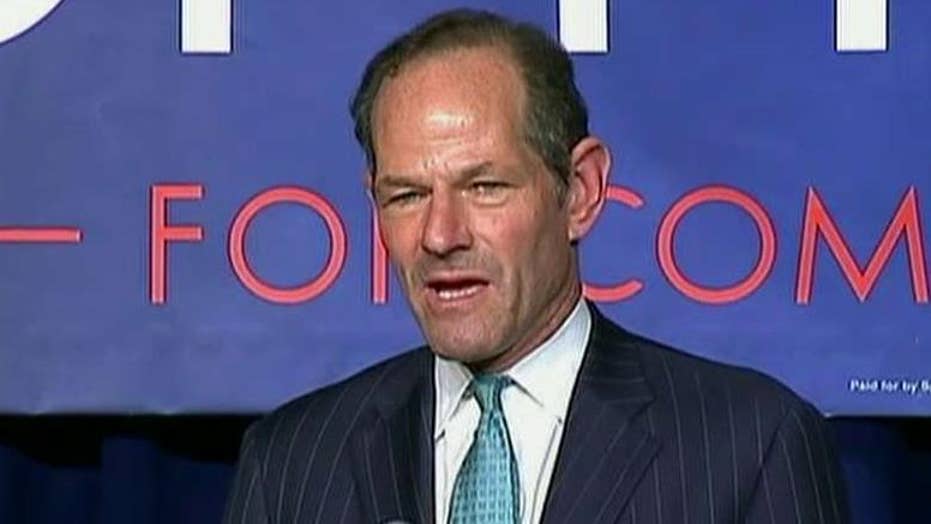 A woman who police said accused ex-New York Gov. Eliot Spitzer of assault later recanted and apologized in an email before leaving the country, according to Spitzer’s lawyer.

Adam Kaufmann said in a statement obtained by The New York Post on Tuesday that the woman “recanted the allegations of assault” in an “unsolicited email” sent to Spitzer “which confirms that no assault occurred.”

On Monday, Kaufmann noted the woman did not want to cooperate with law enforcement and had already left on a flight to Russia on Sunday evening.

“Unsolicited, she has indicated that any allegations of assault were false,” Kaufmann said, adding it was unfortunate that the woman's “emotional difficulties” had been made public. “Mr. Spitzer acted appropriately at all times during this incident. He has been and intends to remain fully cooperative in the event there is any further inquiry by relevant authorities.”

The incident in question began Saturday evening when the woman called 911 from a $1,000-a-night room rented by Spitzer at the Plaza Hotel, two law enforcement officials with knowledge of the case told The Associated Press. The 25-year-old woman, who Kaufmann has identified but FoxNews.com is not identifying, then called back to try to cancel the emergency call, but police were already en route, the officials said.

“Unsolicited, she has indicated that any allegations of assault were false."

The woman initially said she was fine but responding officers noticed broken glass and a cut on her arm and transported her to a hospital. While at the hospital, the woman told doctors she had a relationship with the 56-year-old Spitzer, and he choked her and shoved her during an argument, officials said. Later, she became “totally uncooperative” and declined to press charges, according to The Post, citing sources.

Spitzer phoned the woman repeatedly at the hospital and even showed up looking for her, a source told The Post.

Spitzer has not elaborated on what his relationship was with the woman, however, he said in a statement that she was “not my girlfriend.” Subsequent press reports have identified the woman as a high-priced prostitute.

Kaufmann denied that Spitzer had injured the woman, instead saying “she was distraught and Mr. Spitzer sought to keep her calm.”

Police have yet to interview Spitzer.

“Mr. Spitzer acted appropriately at all times during this incident,” Kaufmann said in Tuesday’s statement. “He has been and intends to remain fully cooperative in the event there is any further inquiry by relevant authorities.”

Spitzer, a Democrat, resigned two years into his term as governor in 2008 amid revelations that he had sex with prostitutes.

He was identified as a patron of a high-priced prostitution ring during a federal investigation, but he was never charged. His attempt at a political comeback failed when he lost his bid to become New York City's comptroller in 2013.