"The Fed is putting the blame on businesses that are just trying to survive in a poisonous economic environment that has been caused by the Fed itself," a research fellow at the Heritage Foundation, Joel Griffith, told Fox News. He said the Fed's low interest rates while injecting cash into the economy during the COVID-19 lockdowns was behind the initial inflation spike. 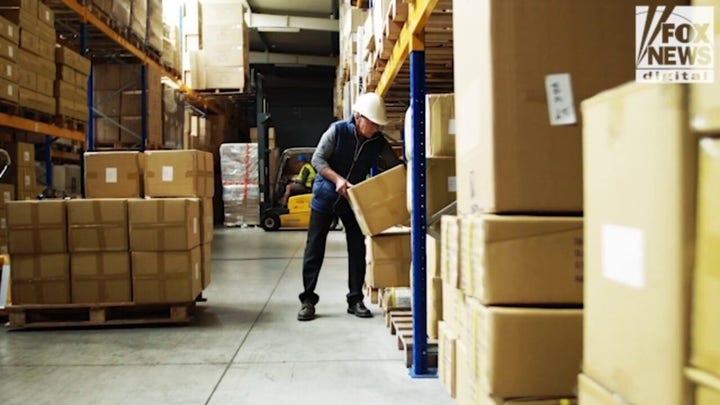 Federal Reserve Chair Jerome Powell said in a Wednesday speech that the overheated labor market needs to cool more for the Fed to be confident inflation could decrease toward its 2% goal. He said the biggest remaining barrier to taming inflation is a worker shortage, which is driving up wages and, in turn, the cost of goods and services.

But a senior fellow in economic studies at the Brookings Institution, Harry Holzer, criticized the Fed's take.

"Lecturing businesses, 'you shouldn't be raising wages' when the market conditions are driving those wages—the whole thing seems to be a little bit tone-deaf," Holzer told Fox News. Griffith echoed his sentiments.

"If you have that kind of labor market tightness, whatever is driving it, employers need to respond to those market forces if they can't attract workers," Holzer said.

Several of the Fed's governors in recent months have suggested that wage growth needs to decline for inflation to cool.

"Wage growth has been a contributing factor to inflation, especially in the service sector, so it is important to get the labor market into better balance to bring future wage growth down to a more sustainable level that will assist in moving overall inflation lower," one governor, Christopher Waller, said in November.

Holzer said "it's such an unusual thing for the Federal Reserve governors to be lecturing businesses to ignore supply and demand for labor."

Inflation dropped slightly in October to 7.7%, down from a 40-year high of 9.1% in June. Average wages in October were up 4.7% from the year prior, compared to a 5% increase in September, according to the Bureau of Labor Statistics.

While wage growth is still above the Fed’s 2% goal, it remains lower than the inflation rate, meaning real wages are still down.

THE FED'S WAR ON INFLATION COULD COST 1M JOBS

Both Holzer and Griffith agreed excessive spending and an influx of cash from the U.S. government and central banks, paired with low-interest rates, are the root causes of the sky-high inflation.

Labor shortages continue to fuel inflation as job vacancies are still almost at a 2-to-1 ratio to unemployed people. (Fox News)

"In 2021 and 2020, fiscal policy was too stimulative," Holzer said. "We were pumping too much relief into the economy, but the Fed also kept interest rates close to zero for too long."

After the COVID-19 outbreak in 2020, the Fed attempted to keep the economy stimulated through quantitative easing and began purchasing hundreds of billions of dollars' worth of debt securities each month, flooding the Treasury with cash.

The Fed has since issued a series of large 75 basis point rate hikes, raising the policy rate to a range of 3.75% to 4% from near zero in March.

"The Fed is trying to mitigate the damage from the policies that they've enacted," Griffith said. "There's no easy way out of this."

"The Fed is going to try to claim credit for solving this inflation problem, acting as if they're taking the bold moves to increase the interest rates, while at the same time refusing to acknowledge that they’re the very reason why we're enduring all this economic pain right now," he added.

To watch the full interview with Holzer and Griffith, click here.