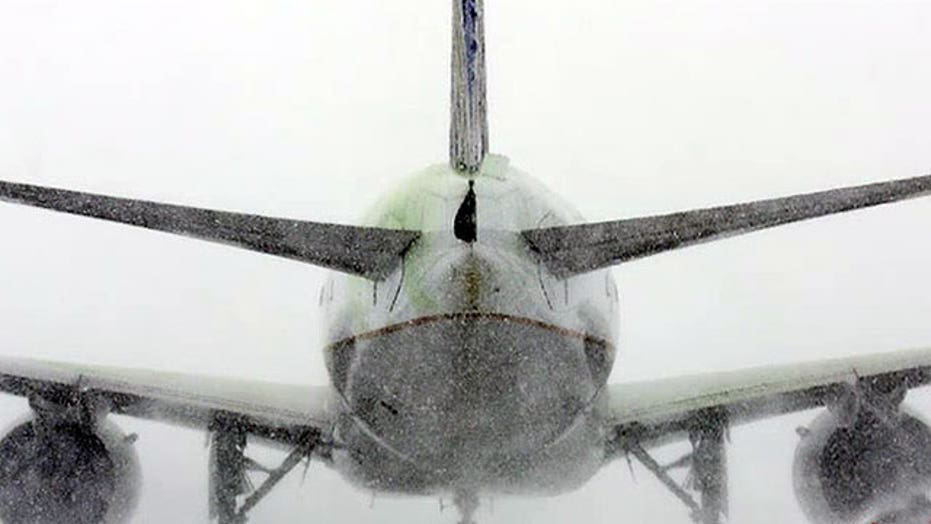 Hopefully, this week's winter blast will be the last for a while.

The Midwest and Mid-Atlantic regions were gearing up late Wednesday for up to 10 inches of snow in what forecasters said could be the last major event of the season, an event accompanied by widespread flood warnings and freezing temperatures.

By the end of Thursday, 6 to 10 inches of snow were expected to fall in southeastern Ohio, Kentucky and West Virginia, 4 to 8 in Washington, D.C. and Philadelphia and up to 4 inches in New York.

Meanwhile, in snow-weary Boston, up to 2 inches were expected, adding to what's already become a record-setting season for the white stuff.

"It's a generous snowfall for a lot of places," Patrick Burke, a National Weather Service meteorologist, told FoxNews.com Wednesday afternoon. "It looks like it's going to affect a large area."

Burke said the snowfall was already beginning Wednesday afternoon in western Kentucky, and that the Mid-Atlantic states could expect a mixture of rain and sleet shortly after midnight. Although conditions early Thursday morning shouldn't be too harsh, heavy snowfall will pick up from Kentucky to Boston late in the morning.

The temperature plummeted as the storm pushed east: In Arkansas, it dropped nearly 20 degrees in an hour from 71 at 11 a.m. to 52 at noon Wednesday.

On Wednesday, schools from Texas to West Virginia were closing early and Penn State University canceled classes due to weather for the first time in eight years. More than 2,300 flights were canceled nationwide, with nearly 7,000 delayed, FlightAware.com reported Wednesday night.

Residents of Kentucky and West Virginia dealt with flooded roadways and mudslides. In Arkansas, high school basketball playoff games were postponed until Thursday. And in Washington, House Majority Leader Kevin McCarthy canceled a session scheduled for Thursday two days in advance due to the inclement weather.

The storm should wind down by Thursday evening, and although Friday looks to be relatively precipitation-free for the area, a new cold front is expected to send temperatures plummeting. Morning low temperatures in the Ohio River Valley, the Tennessee Valley and the Mid-Atlantic region could dip down to the single digits, where they could not only threaten records for March 6, but also for the entire month of March, National Weather Service meteorologist Michael Musher said Tuesday.

The latest round of winter misery is especially disheartening for Bostonians, who have already suffered under what is officially the snowiest winter on record. Musher said Tuesday that 99.4 inches had already fallen in December, January and February, shattering the previous record of 81.5 inches set in the winter of 1993-94, and 104.1 inches have fallen in the region beginning in late 2014.

Mike Halpert, deputy director of the National Weather Service's Climate Prediction Center, said the storm "might be winter's last hurrah," and temperatures are expected to return to more seasonable levels early next week. New York could see temperatures in the mid-40s, while Baltimore and Washington could go as high as the mid-50s, Burke said.